In daily action we tend not to notice how things gradually change so I decided to write a post listing some of the more important things that changed in our household this year.

The first couple of years we used scissors for shearing (we had only 5-6 sheep back then). It took around 2 hours per animal and a lot of energy. Then I bought an electric shearing machine which improved things a bit but it still took something like an hour per animal and Marju had to help keeping the animal still enough. So at the beginning of 2019 I went to a 2-day sheep shearing course. While my performance is far from anything professional it’s adequate enough now to shear our own small flock alone without exhausting myself. 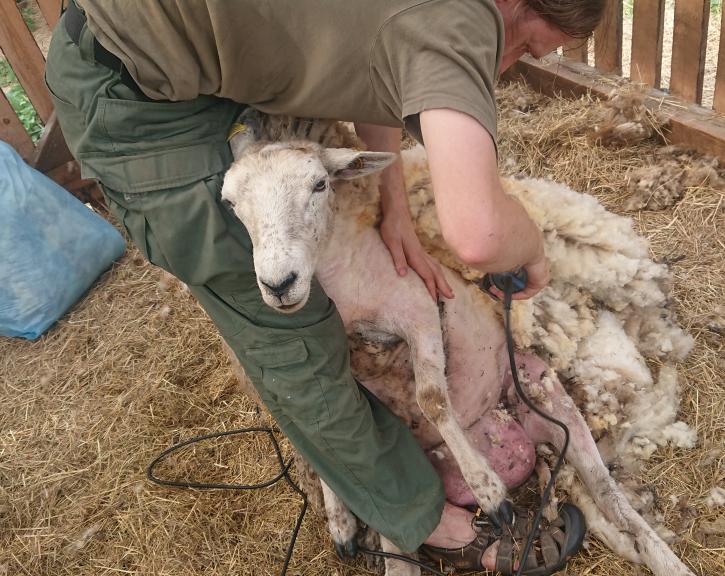 This year a visitor had a jar of kimchi with them which inspired us to look deeper into fermentation. Before we knew it we had several books on the topic and various things fermenting all over. The most successful and enjoyable so far have been pickles, fermented beets and sourdough bread.

Here’s a picture of our pickles in various stages:

And here’s some bread: 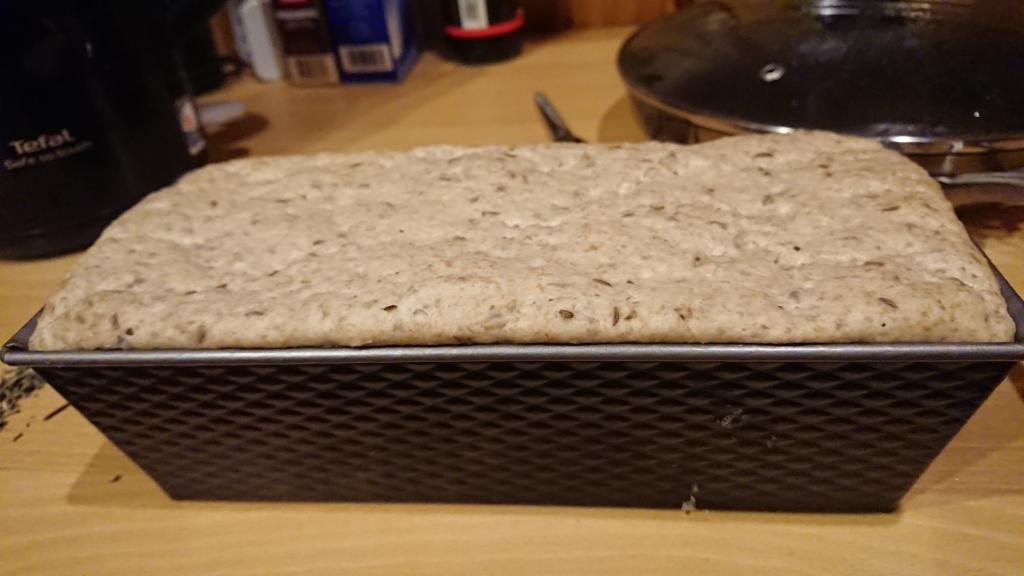 After reading Dirt to Soil we decided to integrate some of its ideas into our practices. We divided our pastures into several smaller sections and we now rotate animals between them quicker than before. We don’t let them eat grass as low as we used to, so it should be healthier for both the sheep and the grass. We also used a pasture seed mixture with far more components (7) than before. We are still using a lot lower stocking density though than the book suggests since as a hobby farm we just don’t have the scale to try out many of its suggestions.

Two of our birdhouse walls only had windstopper plates as an outer layer (from the previous owner). These plates were made out of compressed paper and were never meant to be directly exposed to weather. Wild birds had pecked many holes into it and made some nests inside the rockwool insulation behind. Mice had chewn though the rockwool plates so it was mostly in powdery form at the lower half of the wall. Alltogether these walls looked ugly and were useless in their insulating function. So with the help of some of my co-workers we insulated it with EPS and put a nice wooden outer layer on it. Hopefully mice like EPS less than rockwool. 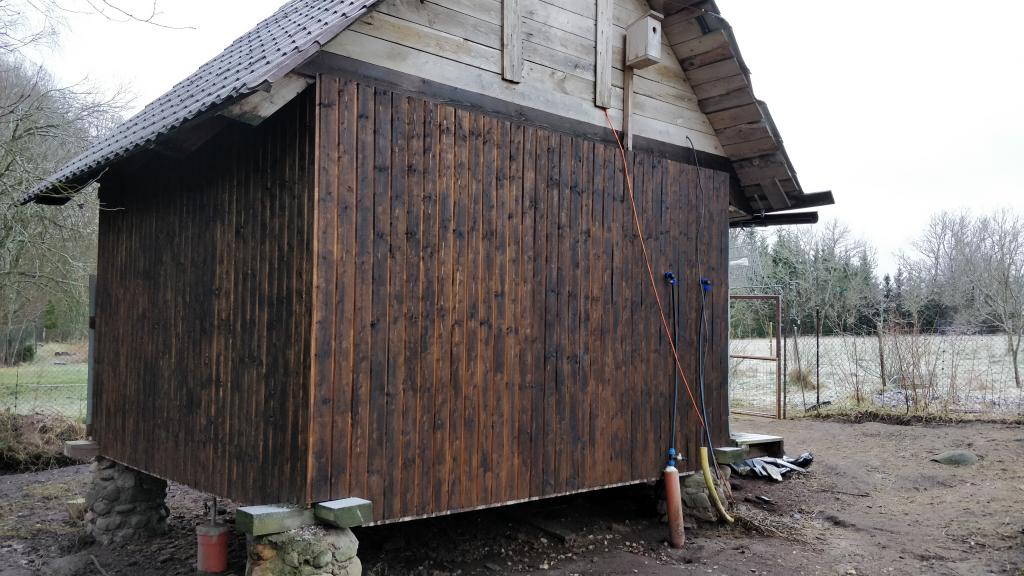 Solar panels for the birdhouse

The birdhouse also has 2kW of solar panels now. This was mostly meant as a learning project but thanks to the hybrid inverter that we use, the birdhouse is now basically behind uninterruptible power supply. The inverter has 3 inputs: grid, solar panels and battery. As long as at least one of these has energy, there will be power on the output side. Ducks tend to be rather finicky layers, and losing artificial light at the wrong moment for an hour might easily send most of the birds to molt which would mean around 4 months without laying so having an extra protection there for the power outages make some sense. This system also feeds our pond aeration pump which consumes 100W 24/7 which might in part pay for the system over a really long time horizon. In general though, this particular setup doesn’t make financial sense. 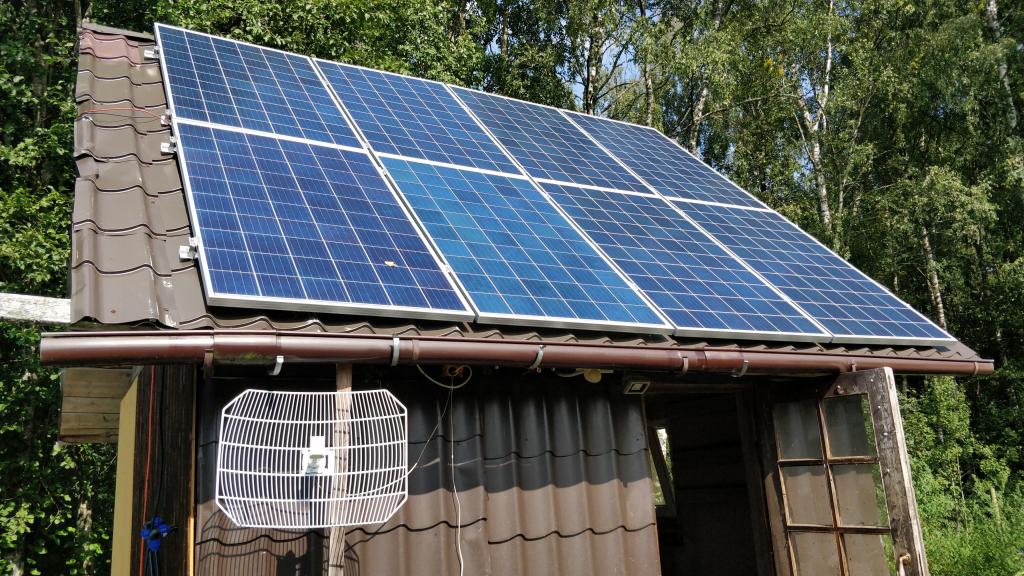 Our household is too small to justify buying an actual tractor but also a bit too large for only using hand tools. So as a compromise we bought a two wheeled tractor. We mainly use it with a trailer to transport various things around but it also has attachments (plough, rotary hoe, ridger, mower). 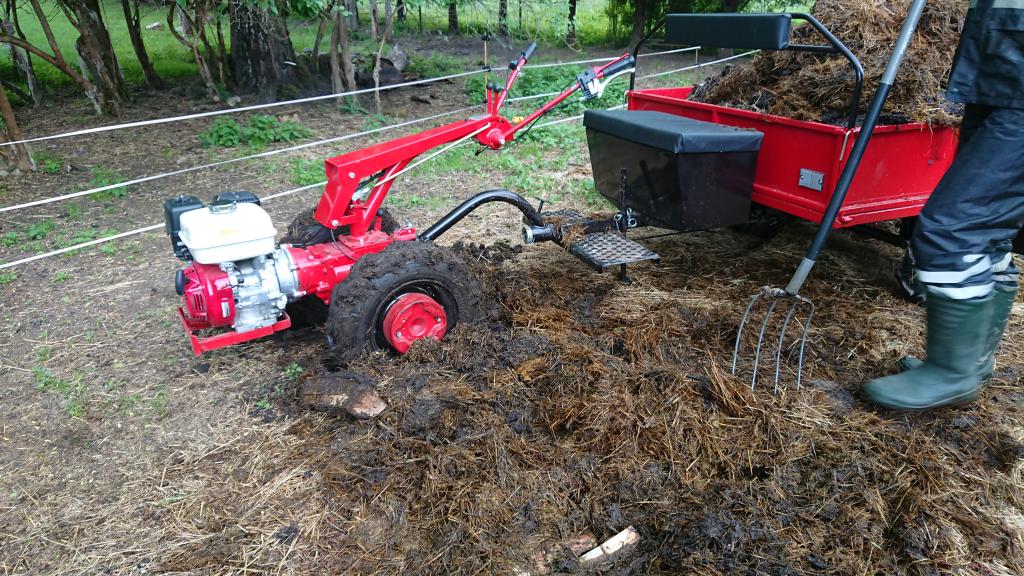 We decided to expand our garden a bit this year and cultivated some of the land that had been covered by willow herbs for the last 10 years or so. We planted a row of apples, saskatoon and blue honeysuckle. This row of trees and bushes separates our expanded garden from sheep pasture. 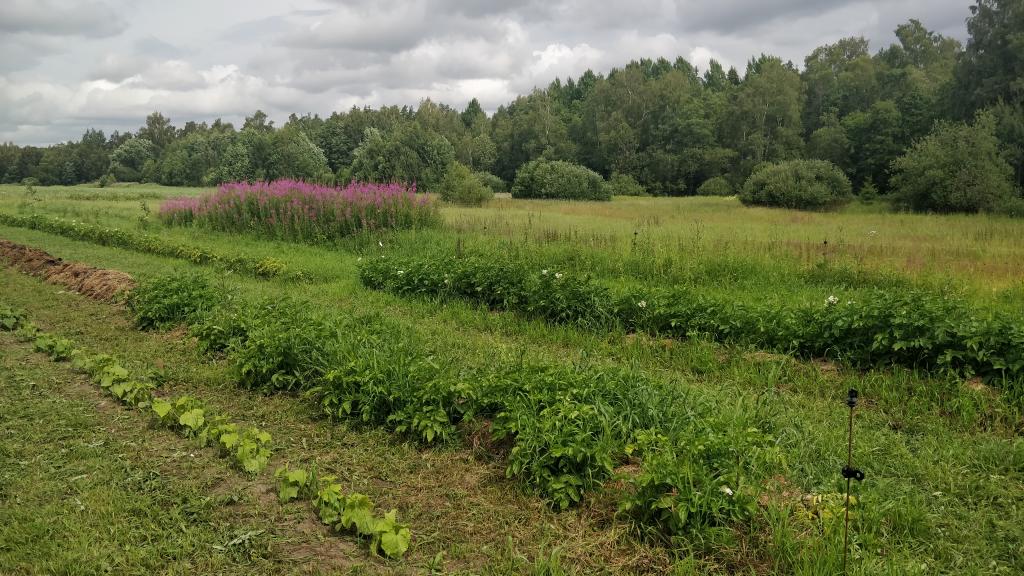 We cultivated potatoes there using 3 different methods, to see which works best (from permaculture to classical). We also grew some cucumbers, cabbages and onions.

I built my largest robot yet which we tried using for watering the cucumbers and herding sheep. You can read more about it here.

The other day we were driving home with Marju and I took a different road (which I had never done before). We noticed there was a van standing in a parking lot that we passed and people were standing in a line for something. Having both lived briefly in soviet times we felt an immediate urge to investigate what was on offer :-P It turned out to be chicken… Considering all the probabilities which had lined up that day so that the chicken salesman and us would be at this place at the same time, we felt it was probably a sign from the universe and bought 12 hens. They now more-or-less happily share the house with ducks and provide us with eggs during the winter when ducks stop laying. Since ducks live on the floor and hens prefer higher places it makes for a really efficient space usage too! We have lost 2 of them to the hawk though and had to cull one which was aggressive towards ducks. 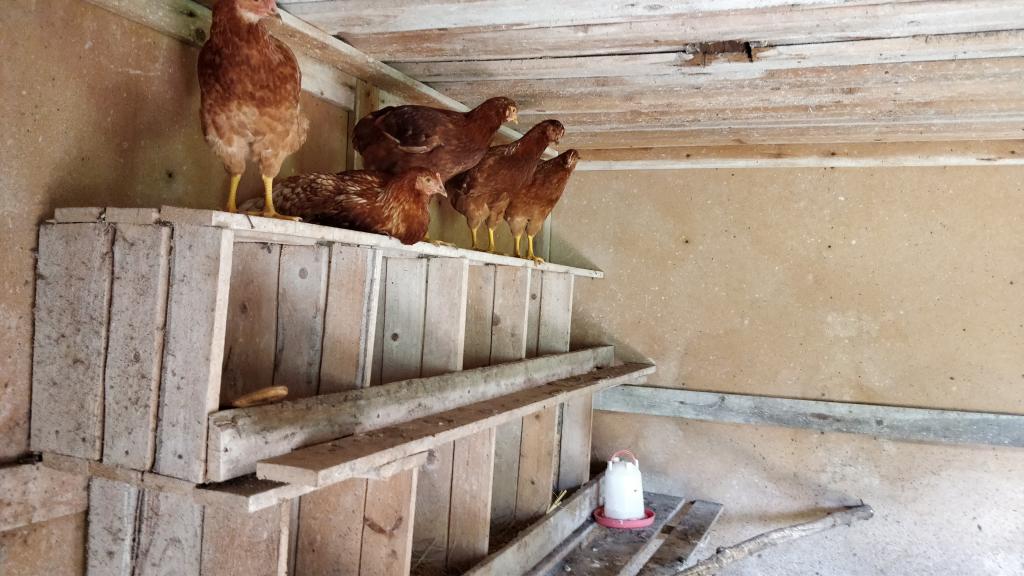 We have a rather large pond (around 1000 m^2 and up to 3m deep). Keeping it clean enough to swim in has always been a struggle so among other methods we have added 10 grass carp every year for the last 5 years. Before this year I had not seen any of them though so we weren’t sure if they were still alive. I’m not sure if we just learned how to see them or they just aren’t as shy anymore but this year we saw a lot of them. 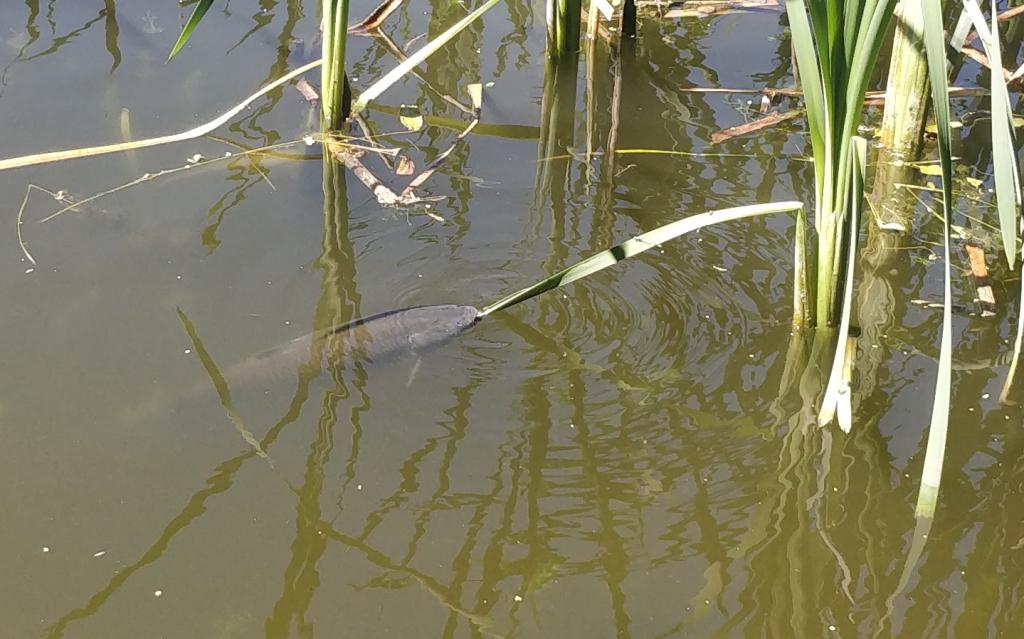 This year we moved quail from our house to the birdhouse. It turns out they really are smelly and it’s not just an urban legend :-P
But quail in general didn’t seem to be all that happy with their life and didn’t lay much anymore (even before moving). They sometimes pecked each other and some nails and beaks had deformed from living on the mesh floor. Keeping them in the same room with hens didn’t work out well too since hens ate some of their food and tended to shit on top of their cage. So we ate the quails and currently have no plans to take new ones.

We started the year with 6 pregnant ewes. 5 gave birth to live twins and the last one to dead ones. Marju wrote a detailed post about it here. We culled some of the older ewes because of the health problems and currently our flock consists of 12 sheep (9 ewes and 3 wethers).