The young ram that we were planning to obtain this year, arrived a month or so earlier than initially planned. This means that lambing can be expected in early March next year.

If we take into account the quite unpredictable climate of the last years, it’s very hard to guess what kind of weather we’ll have in March next year. Anyway, we’ll probably need to do some culling of our ewes due to their skin issues next spring or summer, so lambing in early March means they will have more time to raise their lambs, and we’ll have time to cull some of them before it gets really hot. With some probability.

We named our previous ram Llouis (he was a cross between Lleyn and Merino and some others) and since the new guy is also mostly Lleyn (87.5%) and we are kind of used to the name, we named him Llouis II.

With young rams (and ewes) one can observe how the initial mutual shyness is replaced with quite straightforward behaviour in a couple of days.

Here is Llouis II on the day he arrived, hiding away under a lilac tree: 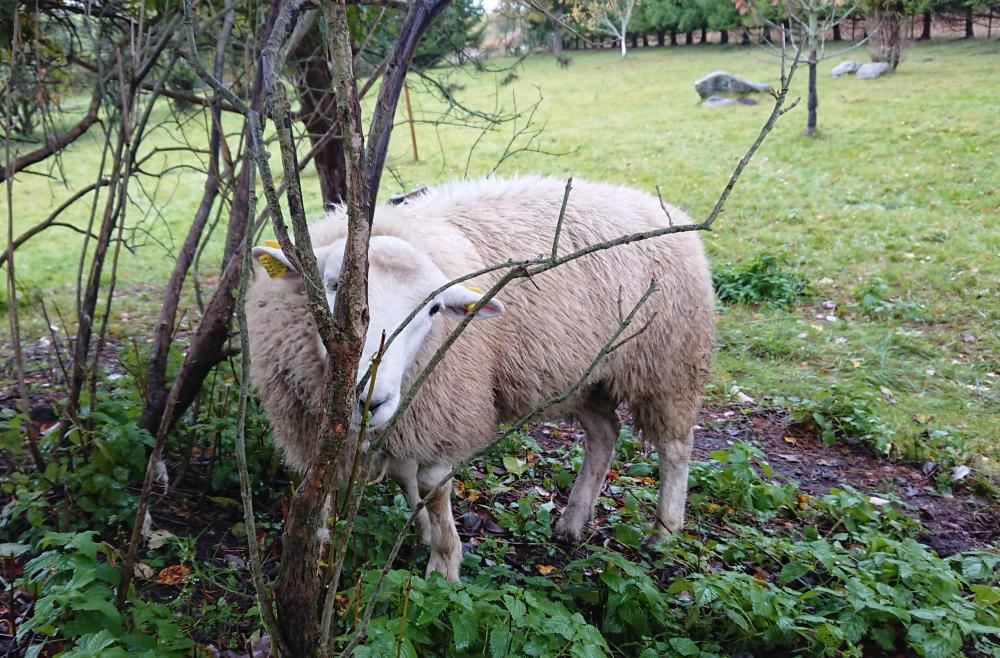 Two days later he is more active, seeking ewes in estrus, sniffing under the tails of the ewes and the spots where they have urinated. Every once in a while he gets beaten and chased away by a more experienced ewe that’s currently not in estrus. But he circles back soon enough. In the photo below, he is the leftmost one. 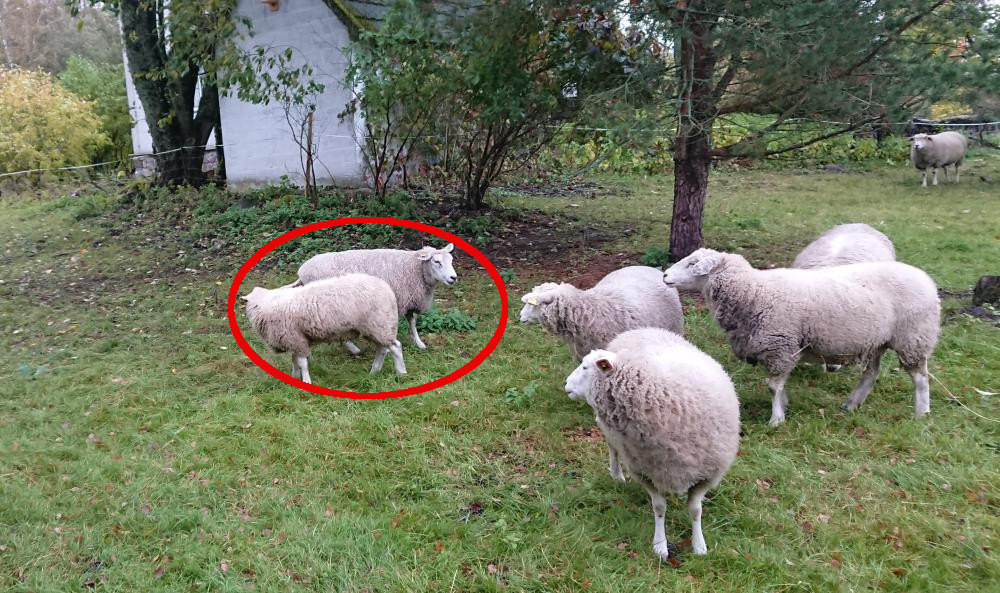 Among other things, Llouis II reminds me that one should not become too friendly with rams, and you should not turn your back to any ram. He approaches me bravely and tries to chew at my pants. I guess that in a couple of days, he’ll try and butt me. I’ll have to get Sven help me then, to turn him upside down and show him his position in the “flock”. The effect of this willl last for only some days, though … 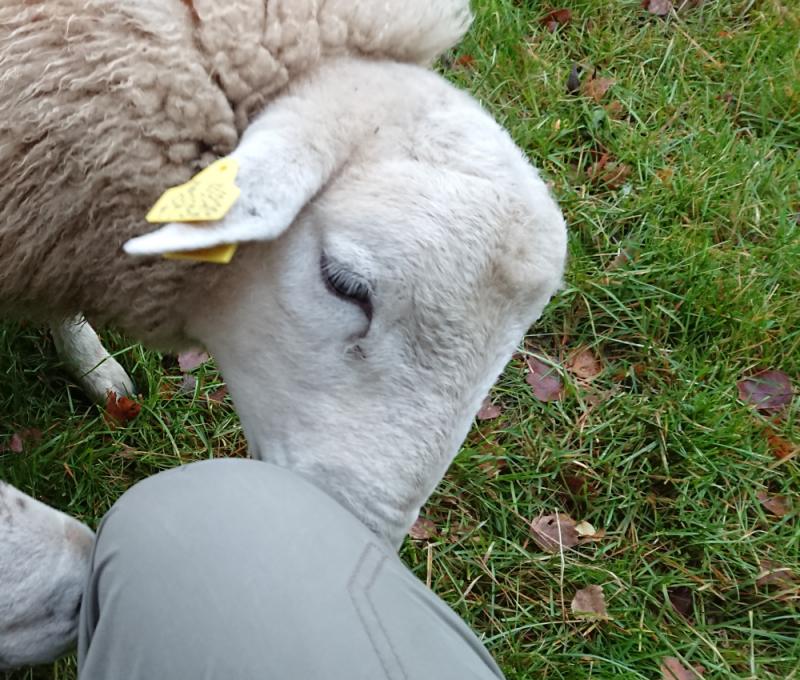 In a small hobby flock, the fate of a brave ram is to become our meal quite soon after it has carried out its main task successfully. Until then, I wish the young guy strength and perseverance!