Alright, sheep aren’t exactly goats but we thought we had gained a pretty good understanding over the years of what sheep are able to destroy and what not. It turns out they were still able to surprise us. Bushes and trees with the trunk less than an arm wide have always been eaten quickly but they haven’t shown any interest towards larger trees before.

Our winter pasture is lined internally with a spruce hedge. These trees are around 20 years old, 8m high on average and have a rather wide trunk. Our sheep somehow managed to convince themeselves overnight that these spruce trees have to be peeled.

In around two days the result looked like this: 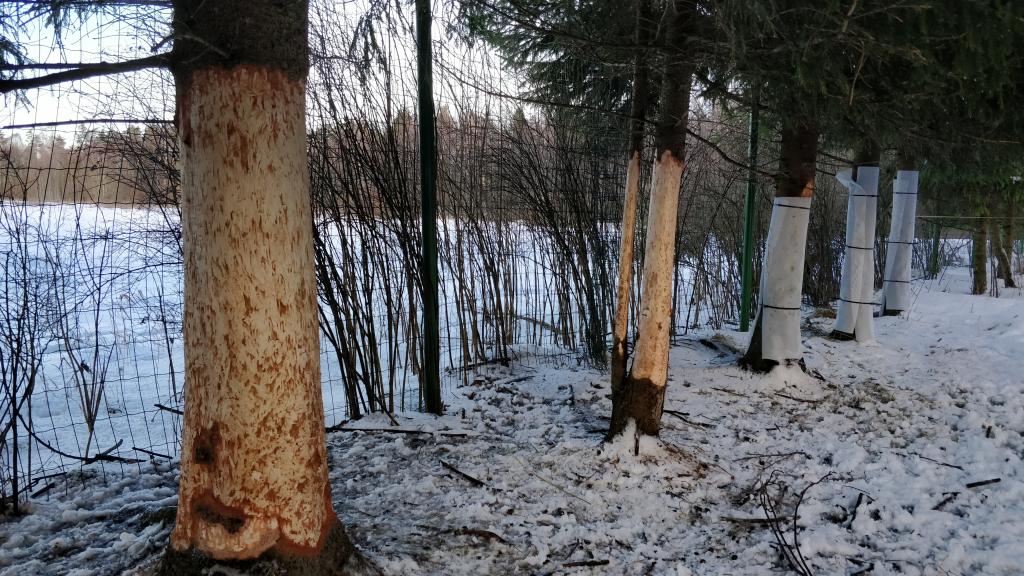 Before we managed to take any adequate action, the sheep managed to damage 8 trees, 3 of which are as good as dead since they managed to chew off a full circle of the bark. We will see in a couple of years how the rest will do.

The white protective net which surrounds the background trees on the picture isn’t really a good long term protection. For the starters it’s rather pricey and sheep will destroy it by rubbing against it in a couple of months. But as a stop-gap it was better than nothing.

Since we didn’t have enough protective net at hand we tried as an experiment to protect one of the spruces only with grafting resin. In general it’s a sticky mass consisting of various natural tree resins. Our hope that its smell or taste might deter sheep turned out to be futile. All of the resin was licked off. In that picture you can still see some green resin stripes but all of the peeled area was covered before: 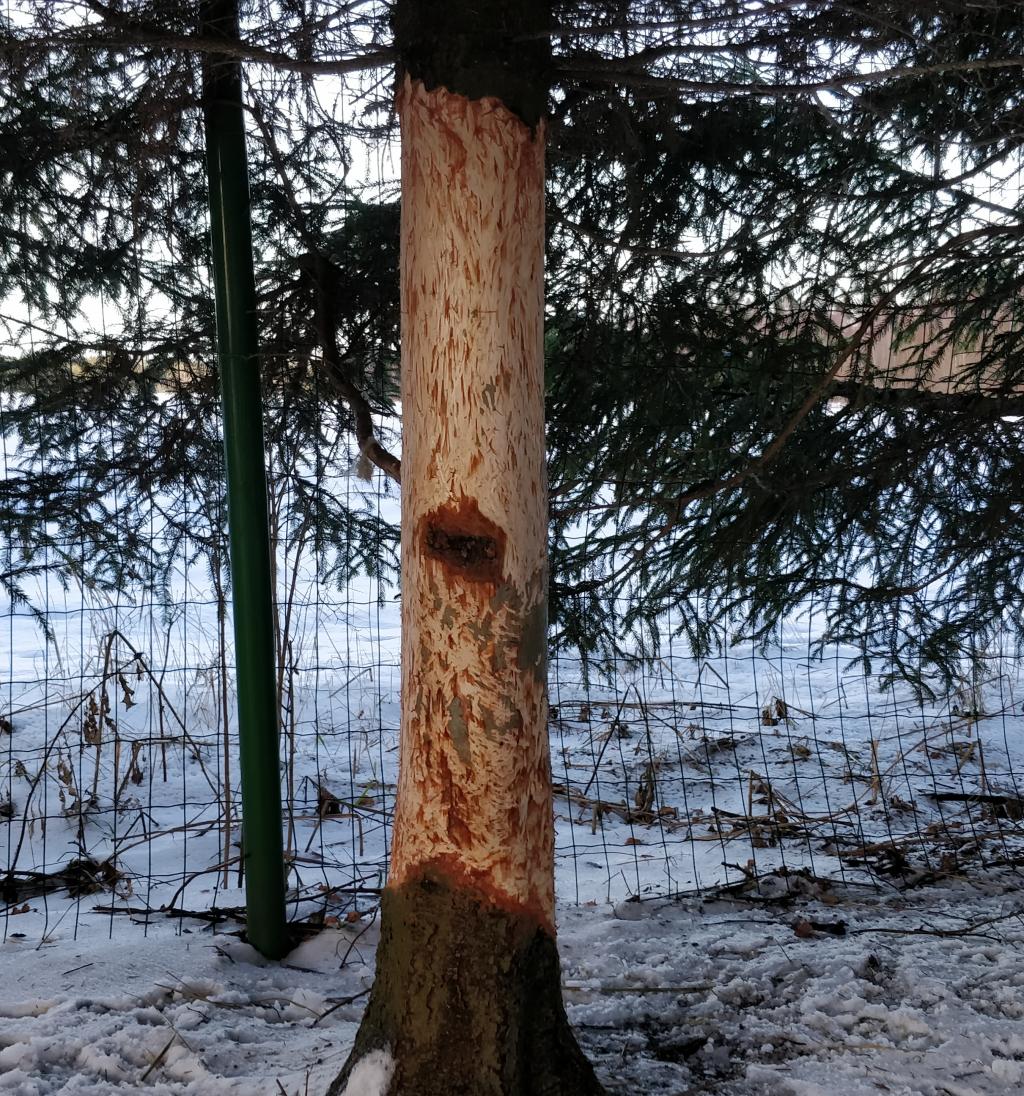 A solution that worked turned out to be painting the tree with Planskydd, which is actually just blood meal. Sheep as herbivores do not seem to like the smell of blood. In a week since painting they haven’t touched the trees anymore.

The trees painted with blood meal look like this: 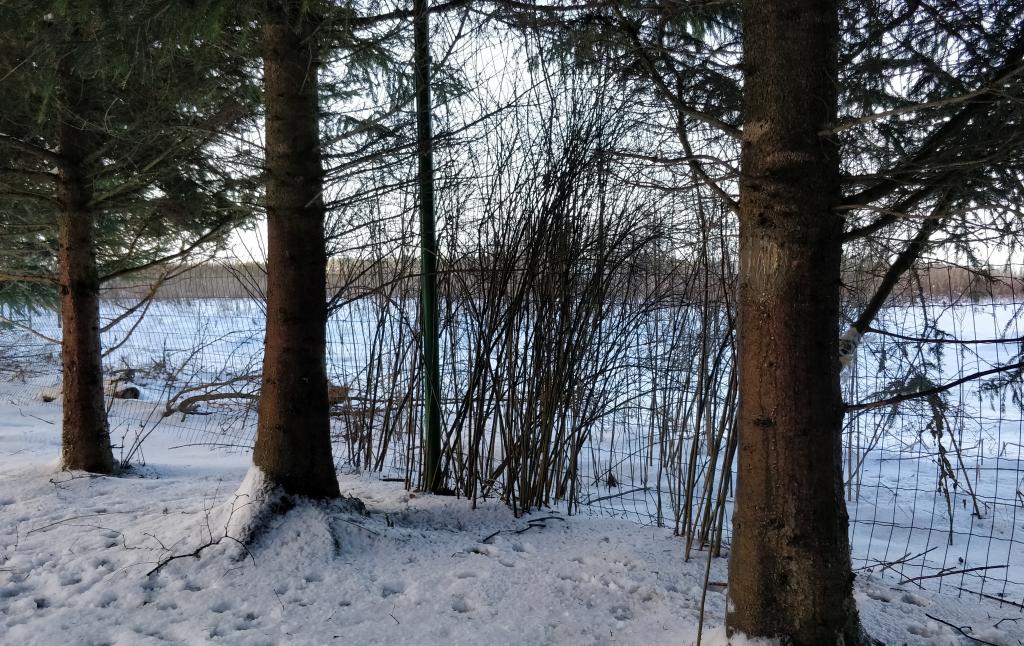 PS. Our sheep have constant access to mineral lick and other supplements. During winter months they get some supplementary feed daily and have a lot of hay available. So there doesn’t seem to be any obvious reason for destroing trees. Probably just their teeth needed sharpening.