NOTE: This post contains photos of a duck embryo after 2/3 of the incubation period. If such photos may be disturbing to you, please don’t read this post!

I discovered recently that the incubator company Brinsea has issued a book in 2002, called Nests, Birds and Incubators, which seemed interesting enough to buy it. I read the chapters on nests, laying and natural incubation. The contents were very interesting but to be honest, I didn’t get a very good idea of what the inside of a developing egg actually feels like.

Now, a couple of days ago, nature and a bit of my own curiosity brought to me something that was like a true-to-life illustration of the book.

A Crack in the Shell of a Duck Egg

At the beginning of April I set 12 duck eggs to my incubator. I candled them on day 8. To my great satisfaction, all the eggs turned out to be fertile – I guess it’s the first time it’s so. But one of the eggs seemed to have a very small crack in the shell, of which I took a note. I left the egg in the incubator though, because I wasn’t sure if the crack was on the surface only or deeper. Also, it seemed like an interesting experiment.

I candled the eggs again on day 18. It turned out that the crack had become a lot larger and a sunken cracked area had formed around it. 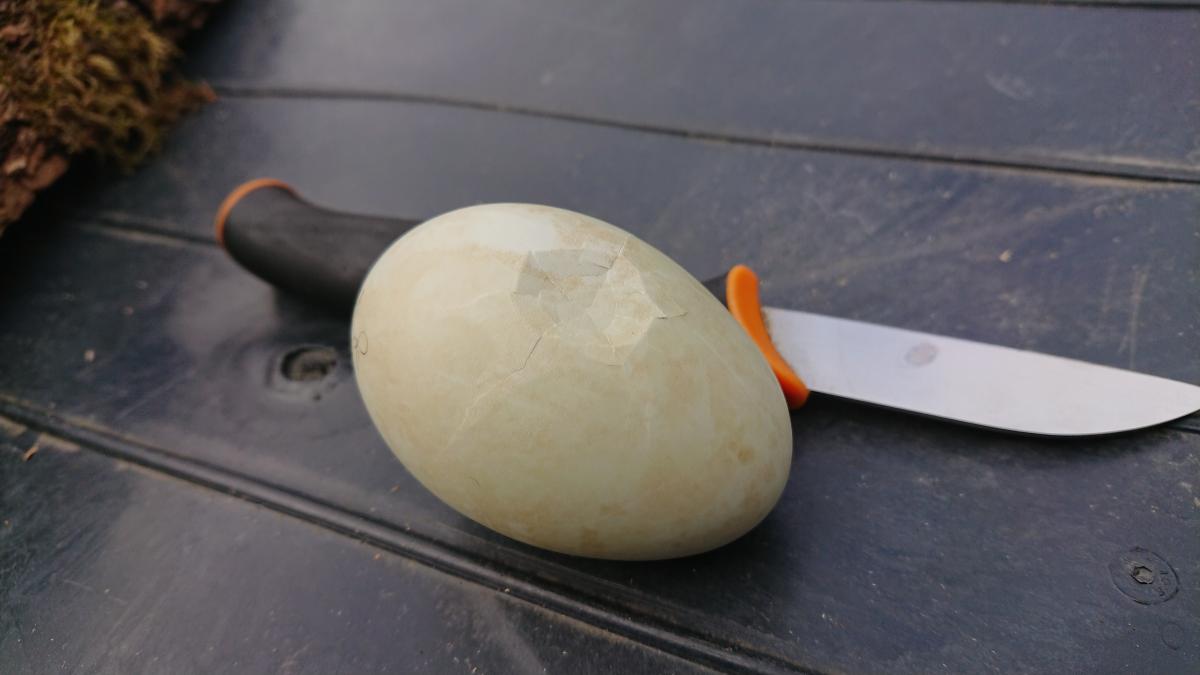 The situation looked quite hopleless from the point of view of the embryo’s development – I though the evaporation would be too intense for example – so I decided to remove the egg from the incubator. And to satisfy my own curiosity, I decided to open and explore it.

Sticky Substance and a Tiny Fetus

My first impression of the inside of the duck egg that had been developing for almost 3 weeks, was that the substance inside the egg was suprisingly sticky. I don’t know if it’s always the case or it was sticky because of the cracks and some sort of rotting process. I couldn’t smell anything.

When still packed, the inside of the egg looks like this: 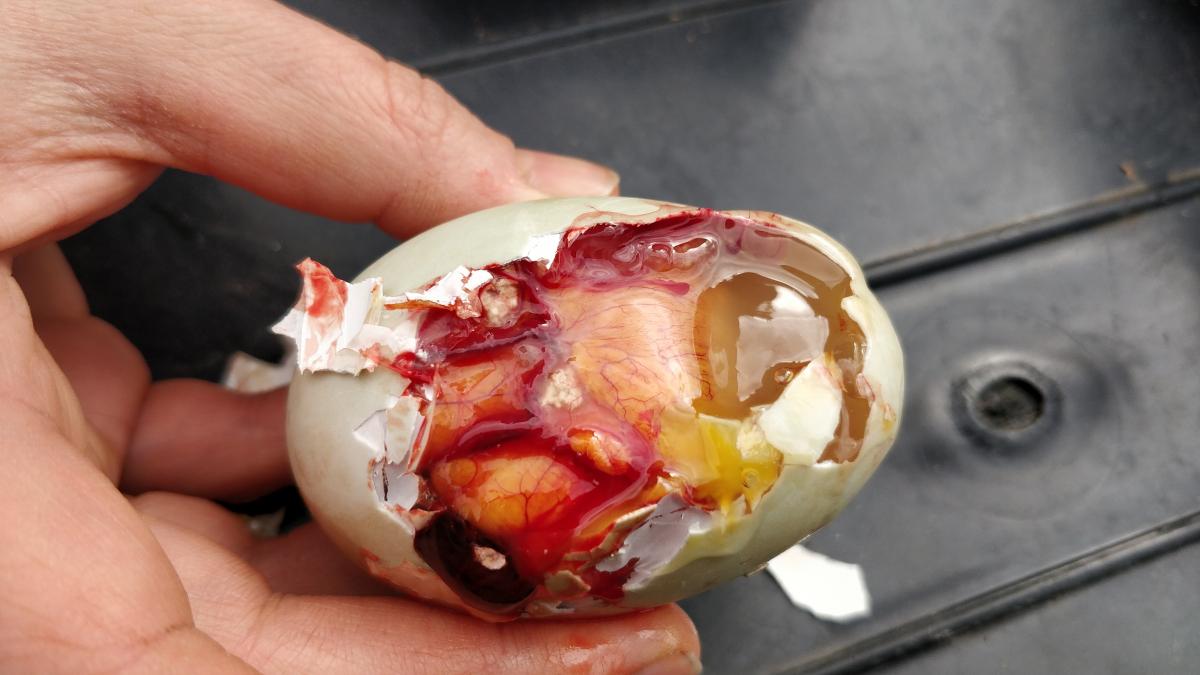 First I extracted the so-called air sac in the upper part of the egg. The increasing of its size is an important parameter that is observed during incubation. Once a bird begins to hatch, it first breaks into the air sac using its beak, then it rests for a day or two and then it starts to gradually break the outer shell as a result of its biological processes. In the egg I examined, the air sac looked like a slimy bag. 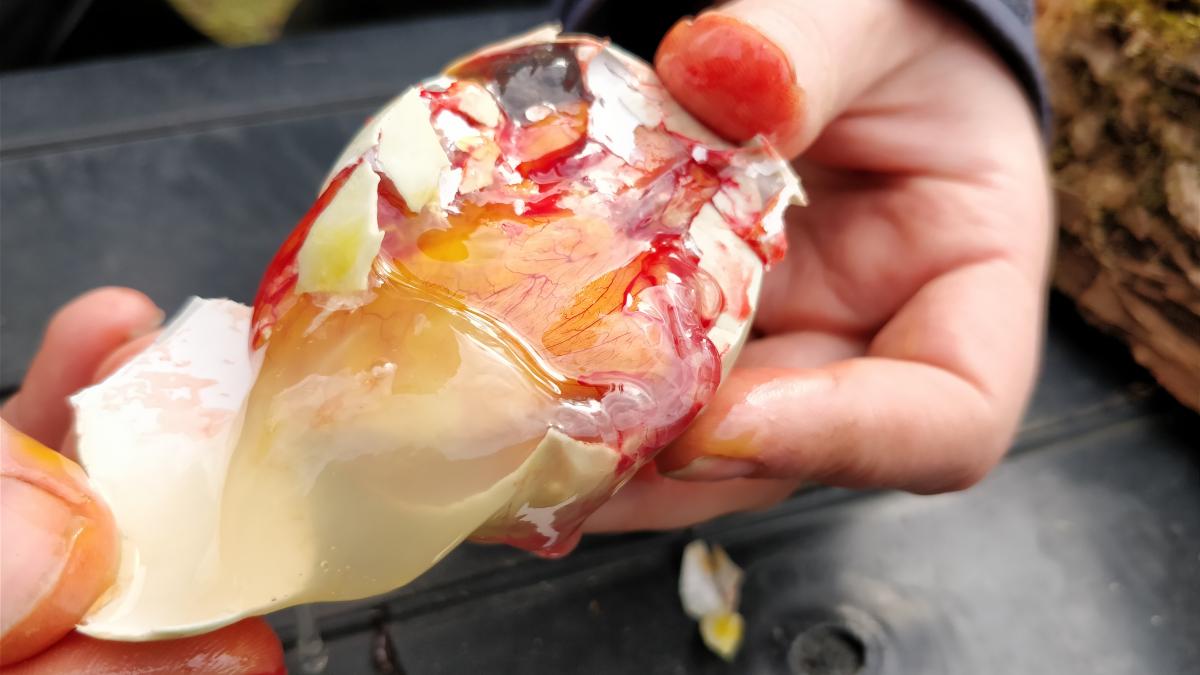 Next, I could behold a complex network of vessels which can also be seen when candling eggs that are incubating, starting from about day 7, and as long as the developing substance is still somewhat transparent. 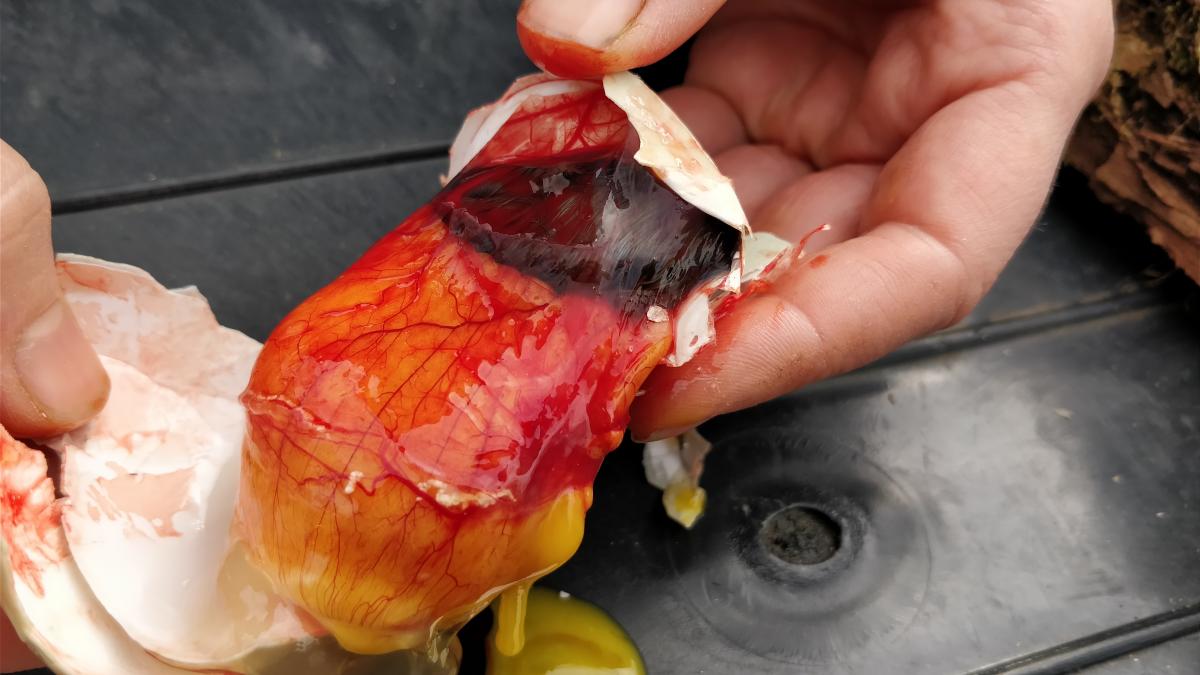 After some further unknitting, the yolk spilled out. Shortly before hatching, the fully developed embryo withdraws the yolk into its body and uses it as a reserve of nutrients and energy. 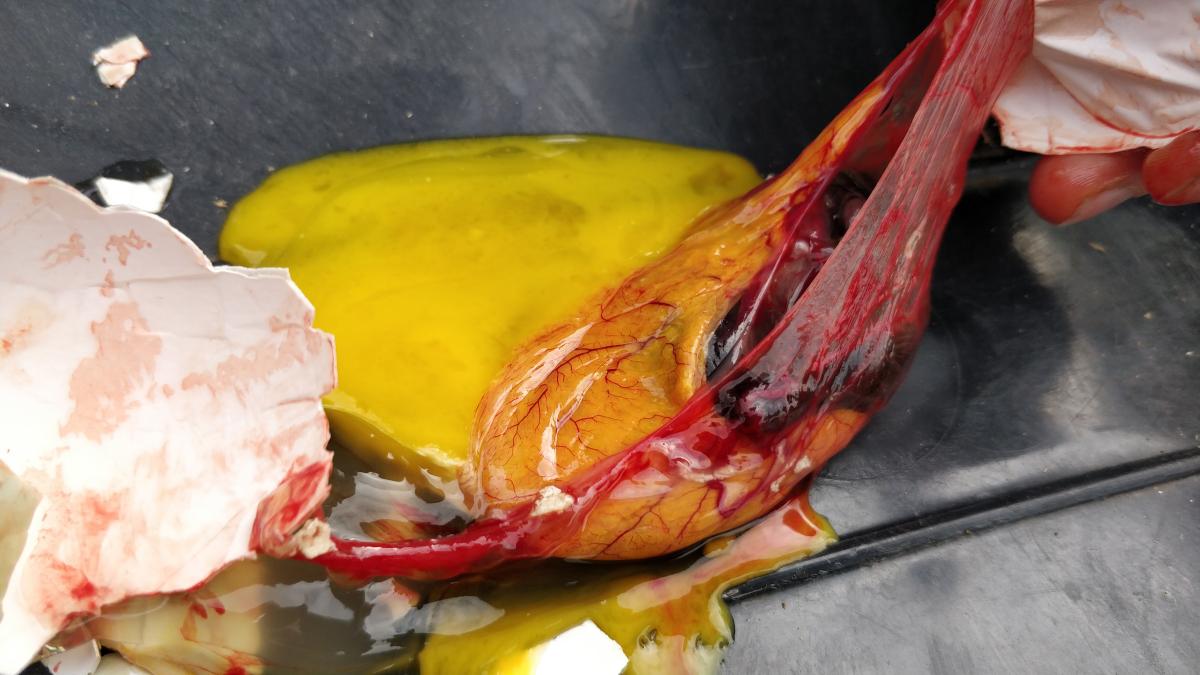 And finally I was able to pick out the embryo itself. It had a very large head when compared to the rest of its body! 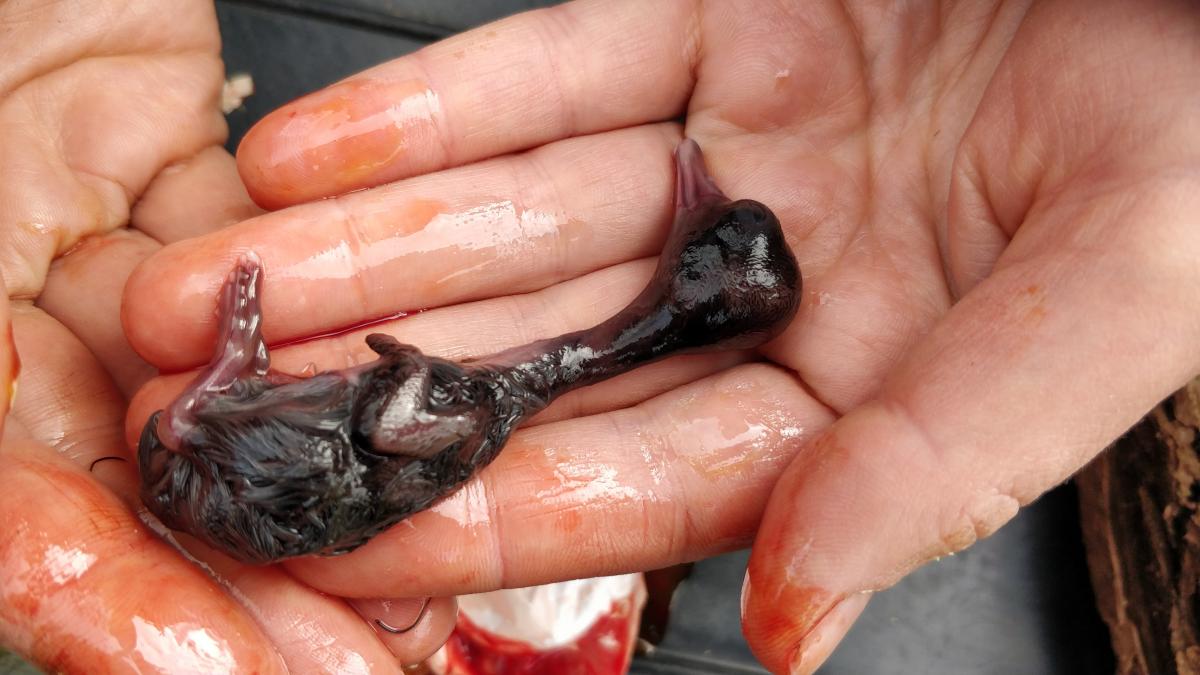 During the dissection, the heart of the embryo kept beating (but surprisingly seldom, about once a couple of seconds). To calm the reader, I will say right away that I quickly ended the life of the embryo after having taken the pictures. I have no idea what an embryo that has been developing for 18 days, feels, remembers, or understands.

In summary, this was a quite rare chance to learn to know nature in a situation where something had gone wrong, but almost by chance, and hopefully no pain was caused.