NOTE: This post contains photos of duck fetuses that failed to hatch as well as deformed ducklings! If such photos may be disturbing to you, please don’t read this post!

My first incubation of duck eggs this year was a complete failure. In this post, I will discuss why, and I will illustrate this frustrating experience with a couple of photos.

My Typical Conditions of Incubation

For the second year now, I use Brinsea’s fully automatic Octagon 20 Advance EX Incubator. The temperature and humidity are regulated automatically and the incubator turns the cradle automatically as well. From the moment I received the incubator (which was the very beginning of incubation for me), this machine has performed really well and provides the eggs with a very well controlled and stable environment. Ironically, on their website, Brinsea states, Humidity is a crucial factor in the success (or otherwise) of eggs and the EX version of the Octagon 20 Advance puts accurate control of humidity in the hands of the user. This is not sufficient if the egg shells are too hard, and this is where I failed!

One aspect that I haven’t changed during my two seasons of incubation, is the way I collect and preserve the eggs before incubation. I disinfect the eggs that I select right after picking them and keep them in the basement at about 12-14 degrees Celsius, with humidity around 50 to 60 percent. If it takes me more than a couple of days to collect the eggs, I turn them once daily.

For me, the standard of an ideal incubation was set by my first attempt last year, when all the 10 eggs that were fertile and started developing, hatched successfully. Of these ducks, 4 were female and 6 were male. The mass of the eggs decreased as described in literature, and I could observe that the air sac of the eggs really grew larger in the process.

So What Went Wrong This Time?

As an inexperienced duck raiser I have had the impression that in order to make egg shells strong enough, ducks must get loads of calcium in their food. The goal is to prevent eggs getting broken inside the duck. In addition, our friends kept giving us advice on feeding mashed egg shells to ducks – because this is what has always been done. This spring I gave our ducks more mashed shells than before, without cutting the amount of layers’feed.

Unfortunately, as it turns out, a very hard and thick shell has its downsides:

I somehow missed this aspect about egg shell hardness while reading literature – my biggest concern was that an egg would get stuck inside a duck an cause problems to her.

During this incubation, the decrease of mass and the growth of the air sacs was only about 30 percent of the standard suggested rates, although I turned down the humidity from the initial 55 percent, gradually down to even 45 per cent.

I dissected the eggs that failed to hatch, in order to learn what is inside.

In the following photo we can see an egg where the duckling failed to even break the air sac. 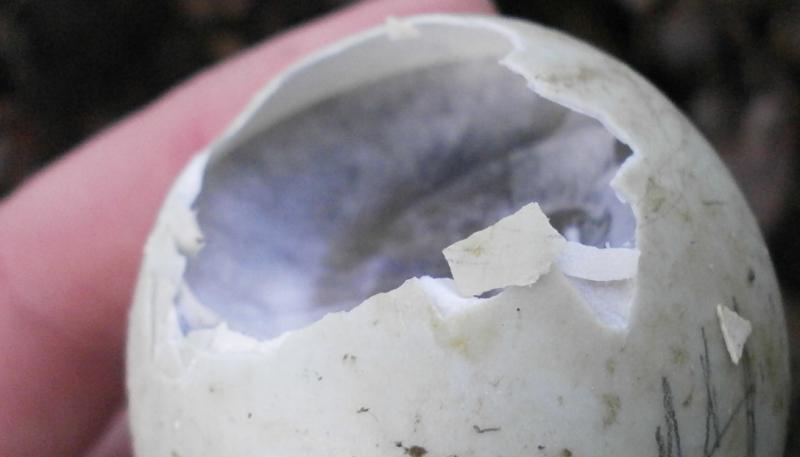 Some ducklings broke the air sac but failed to hatch. 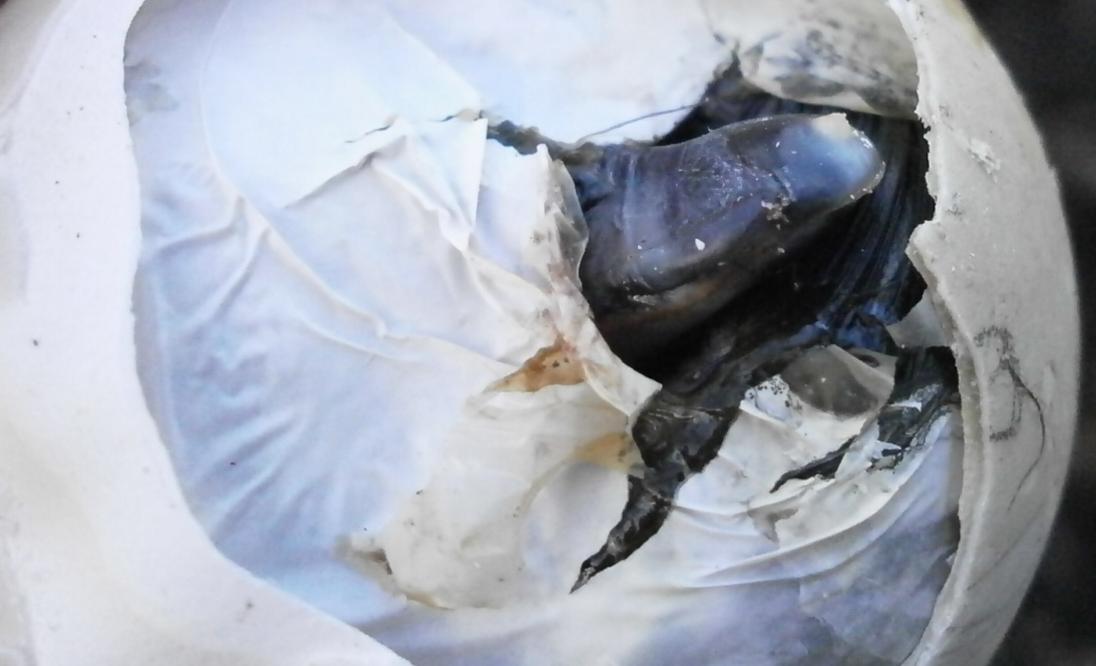 Such a result hurt me emotionally, because I had to cull deformed ducklings at only a couple of days of age and bury a bunch of eggs that failed to hatch. I felt incapable, because I had caused that situation myself. On the positive side though, I gained some experience at culling birds quickly and comfortably, without causing long suffering to the bird. Before that, I hadn’t killed any birds solely on my own. 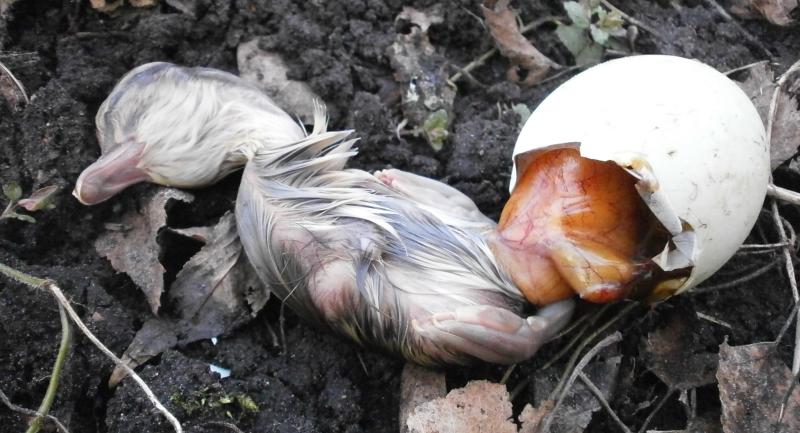 One duckling that did hatch, looked similar to the one above, but inside the incubator. The bird hadn’t “sucked in” the contents of the egg before hatching and of course, had to be culled at once. In general, only one duckling managed to hatch independently – all the rest had to be helped, mostly the head and neck had to be pulled out.

This painful experience made me strongly want to

I will cover these topics in a later post – I can already say that learning from this experience has been useful and I have been able to achieve positive results.