In the spring of 2021 we added 30 young layer hens to our flock. This far we had mostly sold our eggs to friends and neighbors but now the number of eggs laid every day became large enough to necessitate an alternative sales channel. It seemed most convenient to organize some sort of self-service egg sales.

In some countries, self-service sales points of farm produce (so-called farm stands) seem to be abundant, but in Estonia, and especially in Northern Estonia, they are not. Part of the reason lies perhaps in our historical and cultural background but in addition, our climate is simply too cold or hot during most of the year. Anyway, there is one example of a self-service farm stand in Estonia that we know – the “egg automaton” in Parila that we saw on TV.

The first version of our farm stand was the most minimal thing that we could come up with, to validate our idea: 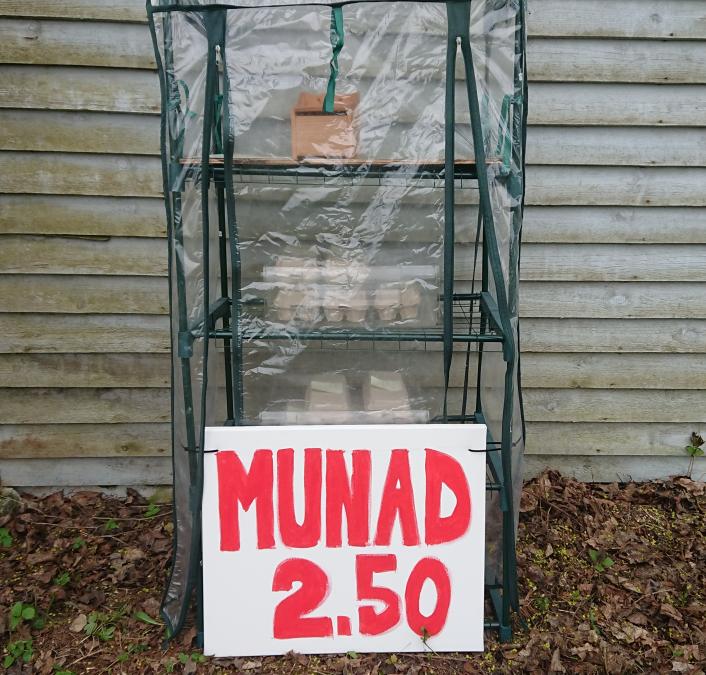 I took a small mini-greenhouse that we had bought for growing seedlings indoors. We placed a couple of Fibo blocks on its lowest shelf to keep it from flying away in the wind. For the money, I found a wooden salt box from the kitchen and tied it to the inside of the mini-greenhouse using a piece of wire. Beside the box, I attached some information on the origin of the eggs and also our contacts. And I hung a framed canvas that I painted “MUNAD” (“EGGS”) on, to a tree near the road. 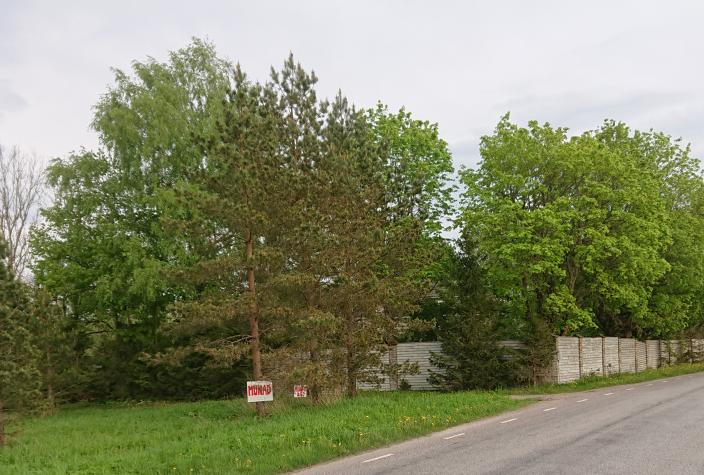 To our great delight, the first box of eggs was bought on the second day that the kiosk was open, on May 19, and after a couple of days, we had sold all the eggs that we had when we opened the kiosk. After that, eggs were bought pretty much every day, on the day of laying or some days later. There were some periods of no sales – during the heat wave in the middle of June and during the vacation period in the middle of July. It is notable that we didn’t advertise the egg kiosk anywhere – neither in Facebook nor here in this blog or anywhere else.

The second version: weather-proof and larger

As a preparation for winter, we built a new kiosk in the second half of summer. It was meant to be durable in our windy and rainy climate and be large enough for selling other produce besides eggs. 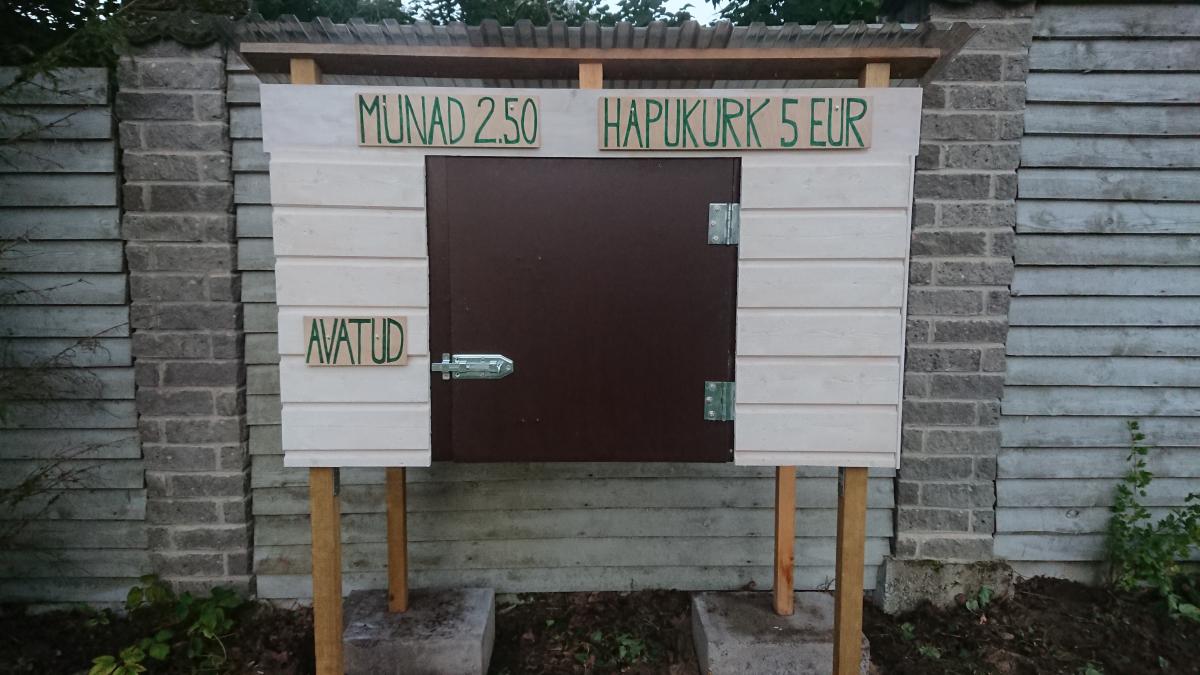 During the summer we offered various vegetables from our own greenhouse for sale beside the eggs. Mostly to see what else could be sold using this method. Chillies seemed a good idea, to be used in omelet for instance. But not a single pod of chilli was bought by the egg customers throughout the summer! People have said before that Estonians don’t really love the heat in their food, and we could see that. We did sell some fresh long cucumbers but generally, just like some customers said, many people grow their own tomatoes and cucumbers in our area.

However, our experiment with selling fermented short cucumbers has proved surprisingly successful (of course we had no great expectations :-)). This year there was an exceptional yield of cucumbers in Estonia and so we fermented our cucumbers with all kinds of stuff to preserve them (using garlic tops, chillies and more classic ingredients such as blackcurrant leaves, horseradish, cherry leaves). A significant part of the younger generation have no idea of what fermented cucumbers are and several people doubted that we could sell any, so it’s a great success that we have sold 10 jars of those in the kiosk already. 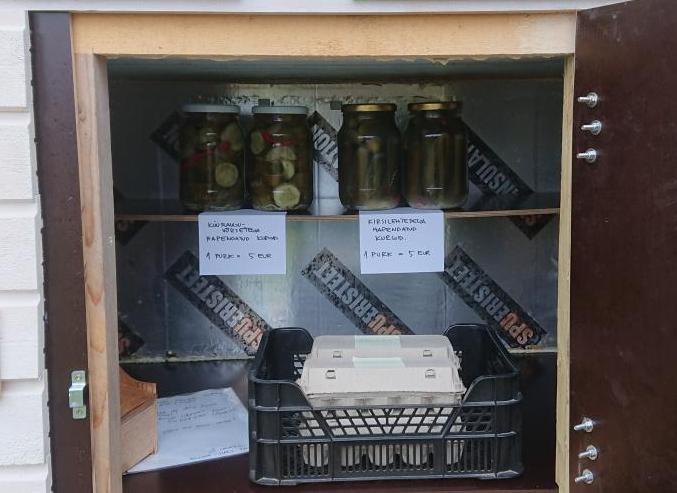 This year, one more thing we’re planning to try and sell are fermented slices of jalapeno peppers – during the cold season these might be nice as a salad and they’re perhaps not too hot for the local people’s taste buds.

Really happy about the honesty of the local people

Since the first box of eggs we sold, and to this day, we’re very happy that people have been willing to experiment and that they are honest – they’ve come to buy eggs to an unusual “shop”, they’ve left the money for the stuff they’ve bought, and they keep coming again. Many thanks to all the customers!