I had already happily concluded that we successfully raised 6 new young female ducks this year. However, a couple of days ago I found one of them killed under our duckhouse, at about 3 pm. We suspect the predator was a hawk – a couple of years ago in August, we also lost a duck to what we though was a goshawk. And the style of eating looked like that of a predator bird, rather than an animal.

The duck was about to turn 4 months old and I presumed she was just about to begin laying eggs. That’s why we did a quick dissection, to satisfy my curiosity. And yes, we found an egg. It was almost the regular size of a duck egg and totally OK to eat. 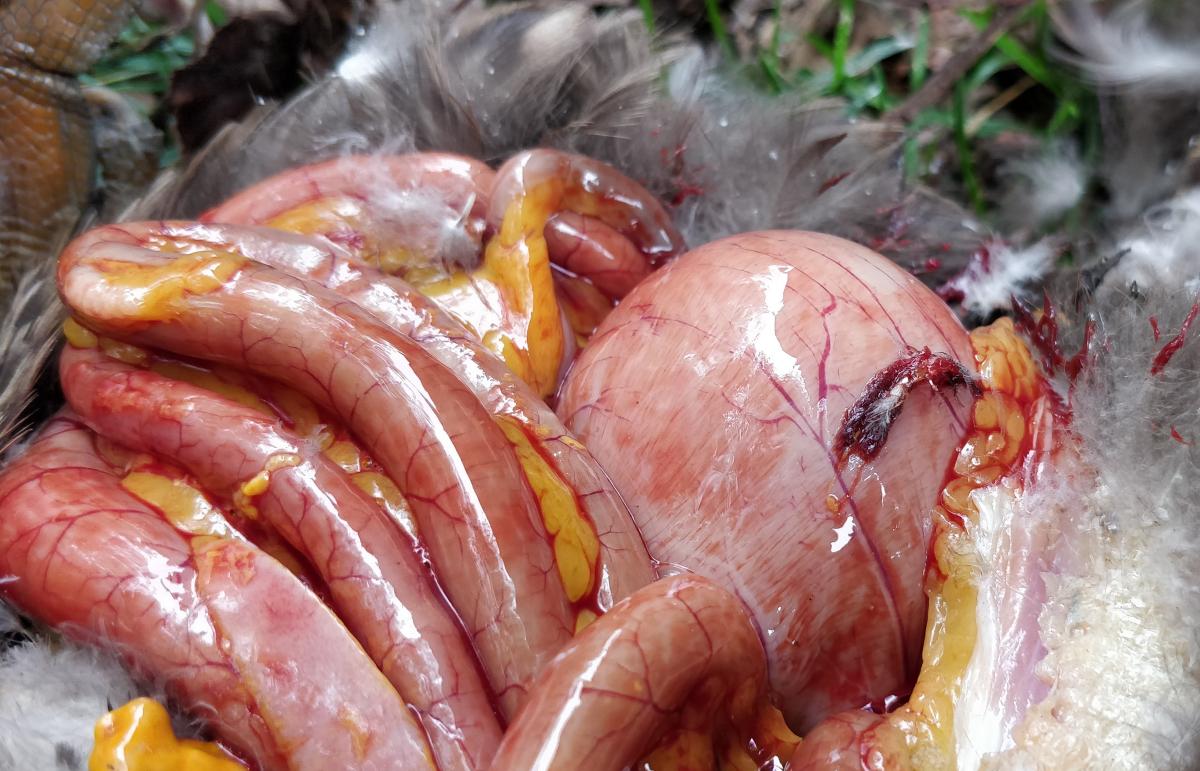 … and after we opened the skin around it, it looked like this: 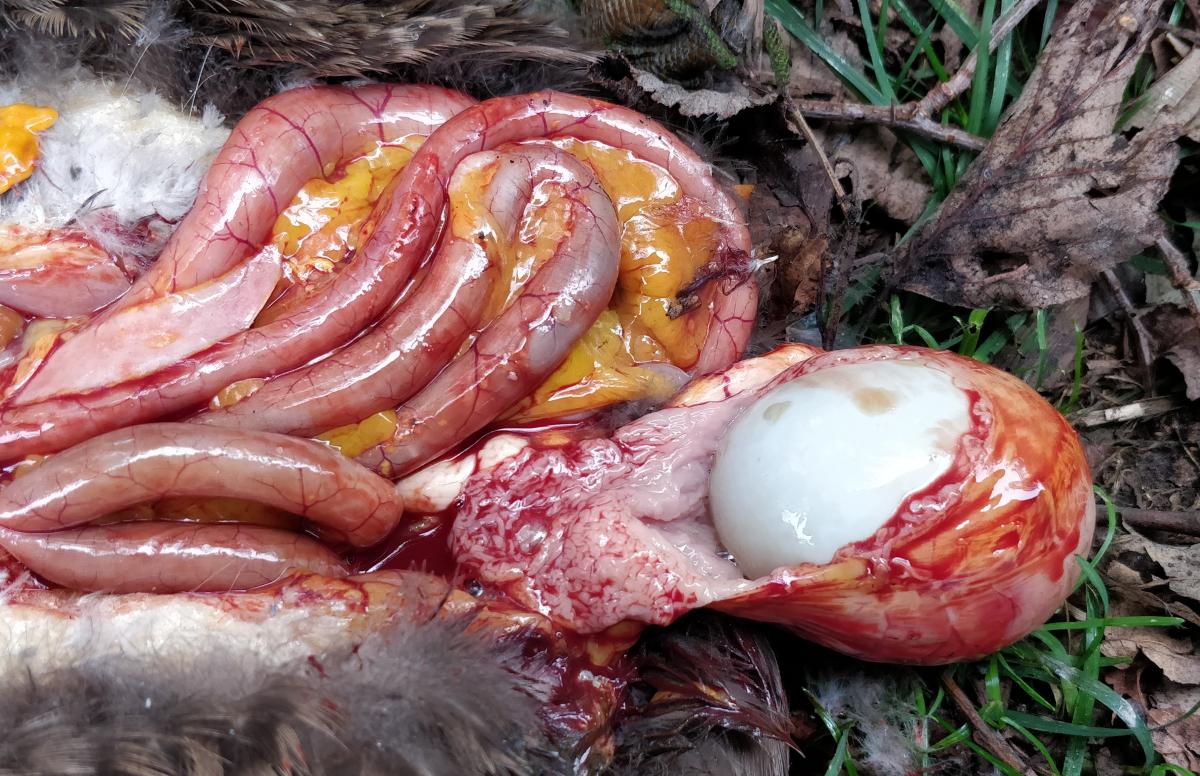 So now, due to this unlucky incident, I’ve seen what an unlaid egg looks like inside a duck, and where these eggs are situated in the duck’s body.