In the beginning of august we experienced our first encounter with the Northern goshawk. We knew they were living not far from us and that they had killed many of the chickens of the previous owner of our house, but they hadn’t touched our ducks yet. After all, a grown up runner duck seemed to be too large for such a bird.

On that evening, when I went to feed the ducks, I noticed they were unusually nervous. Because we have over 20 ducks at the moment, you don’t exactly notice that one is missing, from first sight. After having fed the ducks, I went looking for eggs under the bushes as usual, and under one tree I found one of our ducks, cut open in a circular shape, half eaten, guts all open. It was one of the black female ducks from among our first ducks. Unfortunately, a female one; fortunately, not one of the female ones that hatched this year… A trade-off if you wish.

Our Attempts at Keeping the Goshawk Away

Three years ago when we bought our first ducks in the spring, we found out that an effective means for covering the duckyard might be what is called a seine net. It is a type of very large fishing net that is used (mostly, I guess) vertically for fishing (see the Wikipedia article). 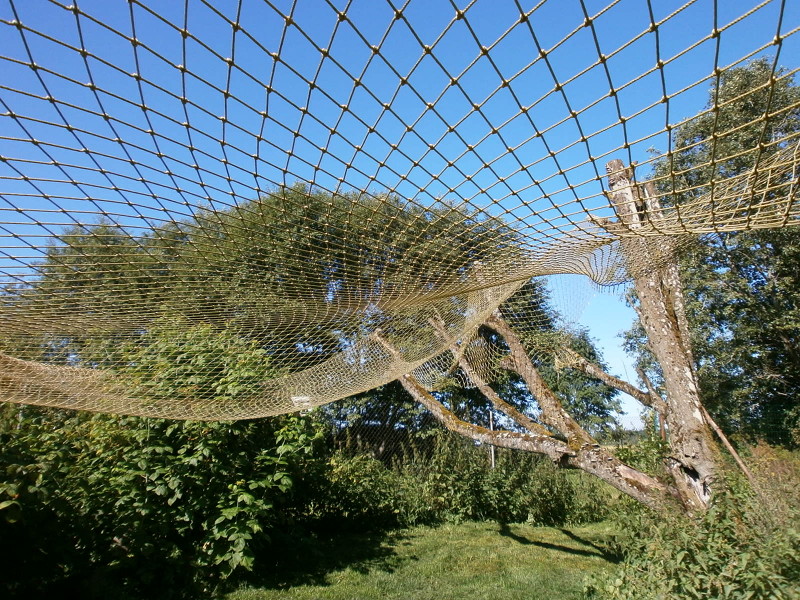 We read in forums that if you use a simple garden net that is used for protecting fruit trees from birds, the goshawk would simply fly through it with no problem. Seine nets are made of strong polyamid thread and should resist the weather as well. At the same time, seine nets are annoyingly expensive and so we only covered about 1/3 of the duckyard with it. In addition, our duckyard has an inconvenient shape in the context of covering it with a square-shaped net, and in the middle of the yard there is the duckhouse – as built by the previous owners.

We hoped that if the ducks stayed under the net for most of the time, as they did, it would be sufficient. It wasn’t.

After its first attack, the goshawk came again a couple of days later, in the evening. I was lucky to see it quite closely. Obviously it had attacked the ducks by flying into the duckyard via the uncovered part of it. When I noticed it, it was fighting with one of our ducks under the raspberry bush which is covered with seine net from above. And the net has no visible signs of tear.

We found the spec of the seine net among our paperstuff almost by accident. Since the net has proved to be very durable, we are planning to buy more of it, so that we could cover the whole duckyard. At the moment, about 14 kg of seine net covers about 24 square meters of the duckyard. We will need about 30 kg more for covering the rest. In the year 2012 we paid 157 euros for the piece, the parameters of which are displayed on the photo. 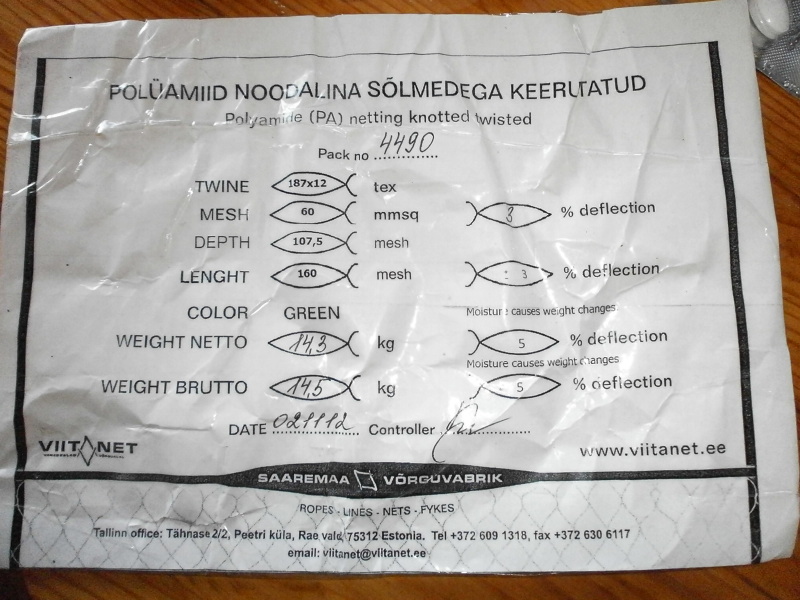 How Did the Behaviour of the Ducks Change?

After the attacks by the goshawk the usual behaviour of our ducks has changed. In order to go from the duckyard to the pond, they need to pass about 50 meters in the larger garden, under the open sky. Before the attacks, they always went looking for snails and worms carefully, before heading for the pond. Now, they run straight to the pond, flapping their wings, right after we open the gate of the duckyard. And in the evening they run straight back home and into the duckhouse when we call them. 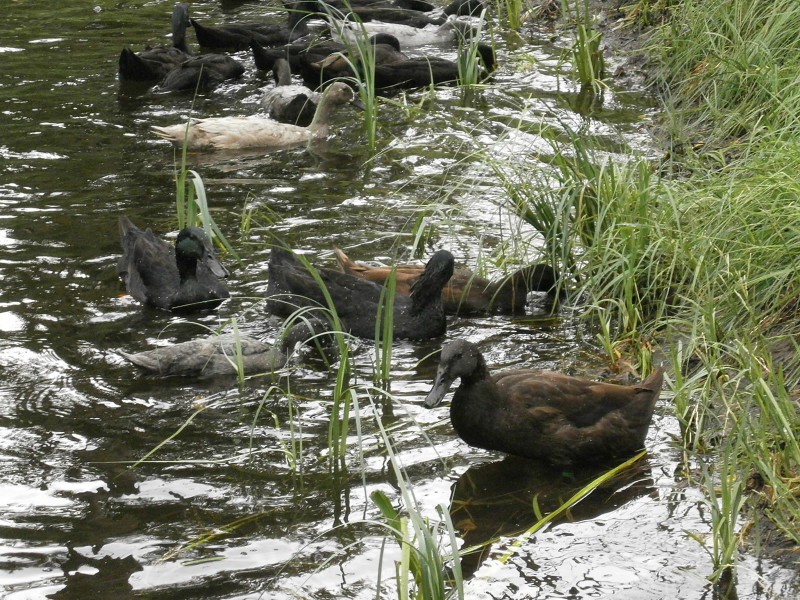 The pond is obviously safer than the ground – you can dive when the goshawk attacks. Also, the duckhouse is safer than the duckyard – it has four walls and a roof, and in the evening, food is served.

Of course, the shock made some of the ducks go into molt. Among the ducks in the foreground on this photo, you can see Diversant who looks especially miserable at the moment. 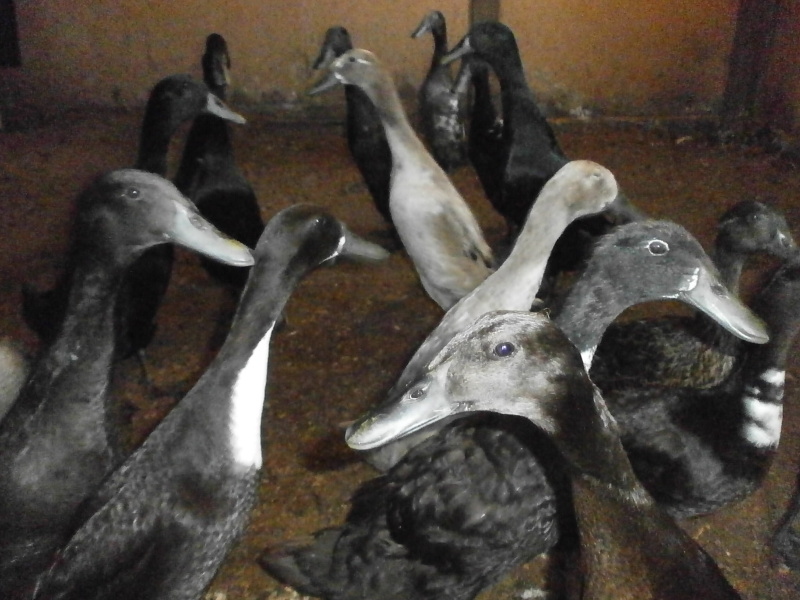