In the end of 2016, we decided that our first drake, Tutulus I, had served his time. He was about 4 years old.

Runner ducks are an egg breed that doesn’t have much meat. So we have found out that the most convenient and delicious approach is to skin the breasts of the birds and extract the breast muscles. I did the same with Tutulus, only to find out that he was not suitable for consumption.

The breast muscles of the drake contained small white rice-like pieces of something, laid out in a parallel pattern. A bit of googling revealed that these were cysts of Sarcocystis using the drake as the intermediate host. 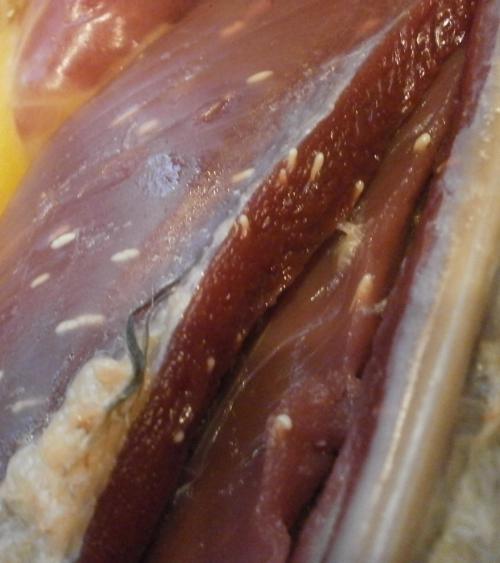 The Wikipedia article describes Sarcocystis in many species and it turns out that is quite common in sheep, goats and pigs in some regions. It remains unclear whether eating such meat would have caused any harm to us but since it didn’t look delicious we decided not to eat it.