Our semi-accidental crosses of various colors of Indian Runner ducks (with a Dark Campbell duck added to the mix) have made me become interested in genetics. As a software developer, in order to understand genetics, I am trying to find analogies with computer science in this process of learning. So please don’t mind if I fantasize about some of the analogies in this post!

With no prior knowledge of genetics (apart from the stuff I learned and forgot at school, with no real-life experiments done), I started noticing details and changes in plumage color after the first or second molt our first ducks went through.

The next step was observing the results of crossing our ducks, with no special selection method (just picked the eggs on consecutive days until the tray of the incubator was full).

With the results of our second spring of incubation came the curiosity and the will to understand the reasons behind the types of plumage, eyes and posture of the ducklings that were born.

So here is a story of me starting to notice things. There are a lot of questions that need to be investigated in the months and years to come.

In this photo, our first drake, a Blue Runner called Tutulus can be seen in the foreground, in spring 2013, at the age of about a year. 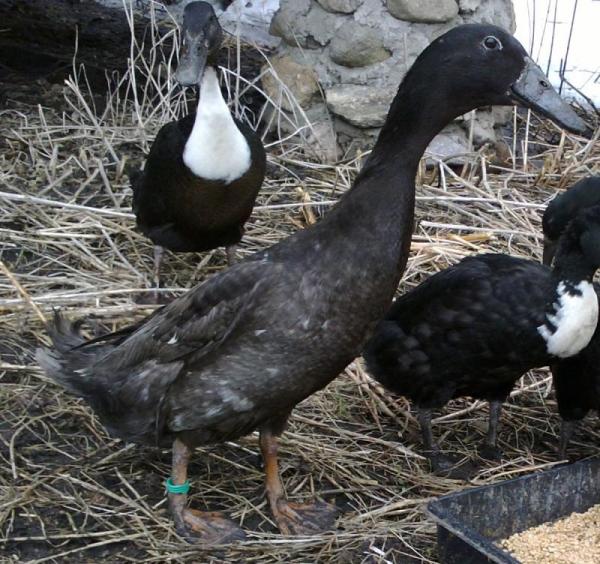 I never noticed the original small white pieces of “noise” in the plumage of Tutulus before now that I was selecting photos for this post. As it turns out, black, brown and blue ducks (and drakes to a lesser extent), have the tendency to increase the proportion of white in their plumage.

Here is a photo of Tutulus in the spring of 2015. He is literally turning gray with age! 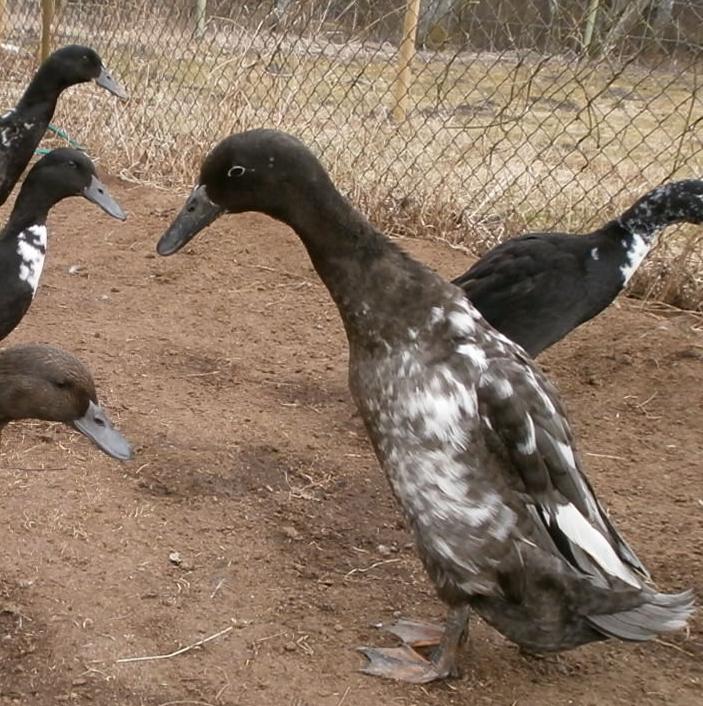 So, if drakes have this tendency of turning whiter “to a lesser extent”, let’s see how female chocolate brown ducks are affected.

Our very first hatch (in 2015) contained a couple of dark chocolate brown ducklings, very beautiful birds indeed (we also have an elder brown duck). Here is one of the young ones, both called Kofi, in her first summer. 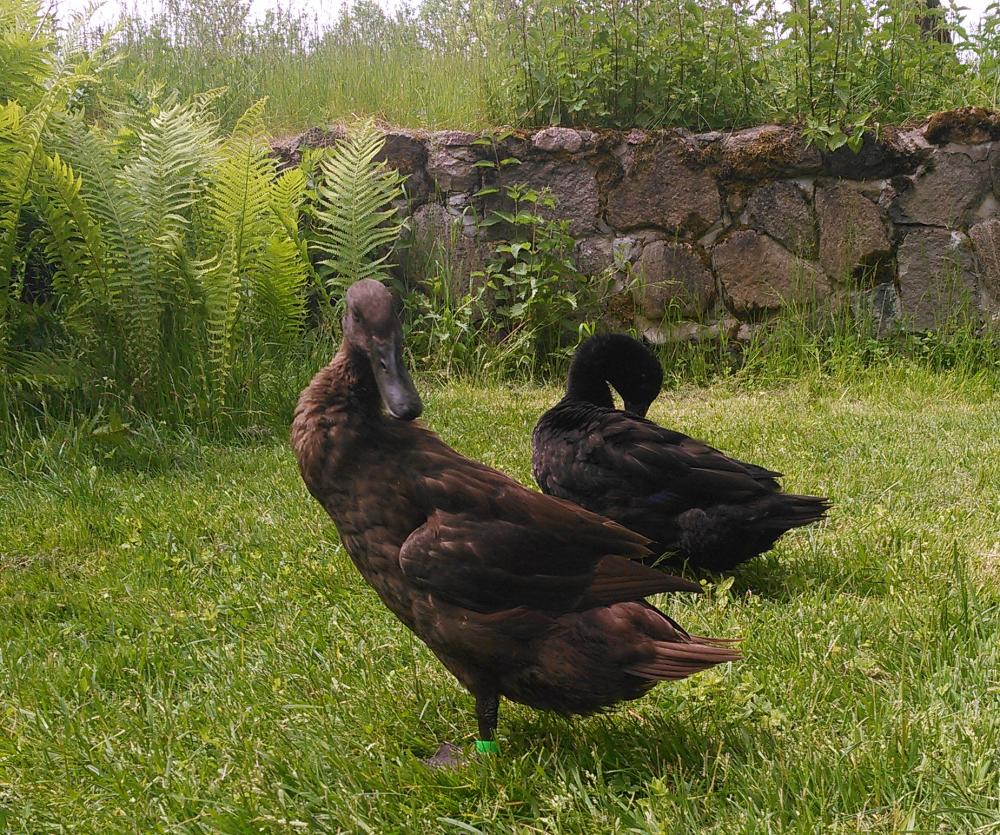 The Kofi-sisters started turning white during their first autumn molt already. Here is one of them a couple of days ago, enjoying the muddy autumn weather. She is about a year and a half old now and her sister has grown quite the same amount of white feathers as she has.

I wonder why this tendency exists and what is the reason behind it. Is it similar to the architecture of software getting blurred during several years of maintenance and quick bug fixes? 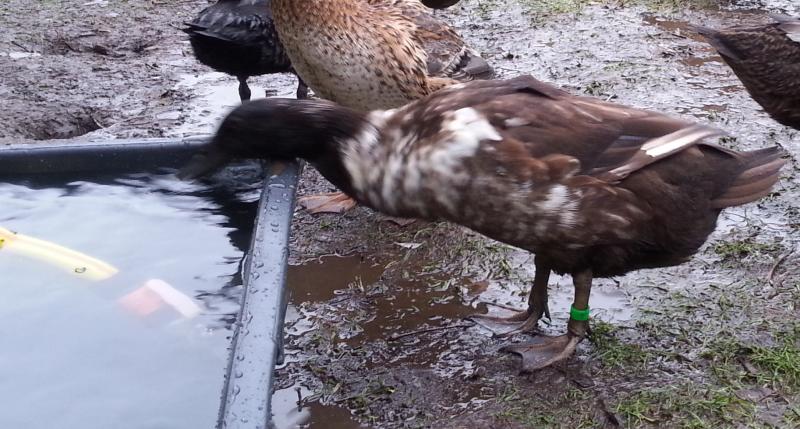 The Appearance of the Wild (Mallard) Pattern, and the Runner Posture

In 2014 we bought 3 Dark Campbell ducks of which two died due to chronic respiratory problems quite soon (we were naive enough not to notice their swollen cheeks when buying them). The third one that survived, called Udupasun (Mist Horn), became the favorite of a black drake we had in our flock in spring 2016. Here is a photo of her from the time when her neck feathers had not been worn out by the action of the drake yet. 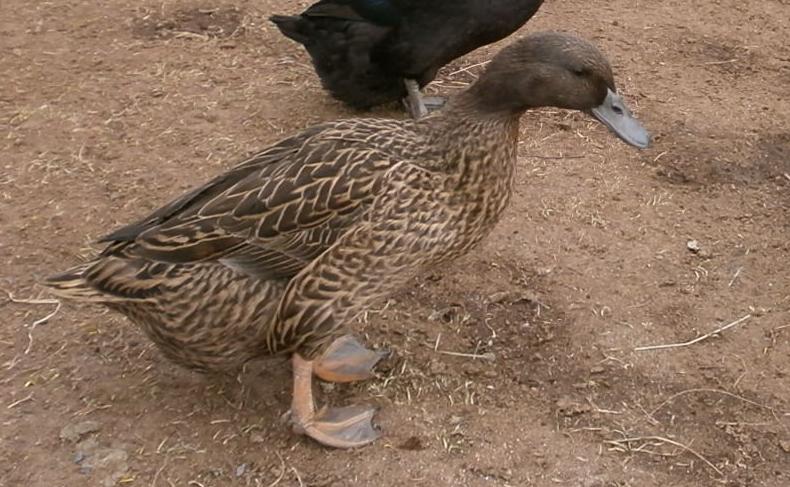 Also, notice the eye of this duck – it is sort of sunken into the skull and smaller, compared to the typical eyes of Indian Runners. If you look at photos of ducks in literature this seems to be a characteristic trait of most ducks other than Runners. I really like the eyes of Runners!

We sold her along with a young female duck in the summer of 2016, hoping she would find peace and gentle treatment by a drake that had lost her female partners to a fox.

The hatches of the spring of 2016 showed that Udupasun the Dark Campbell was a very influential duck indeed. In two different hatches combined, we had a total of 4 female and a male offspring apparently by her. The following photo shows one of the gangs of ducklings enjoying a nap on a summer day. 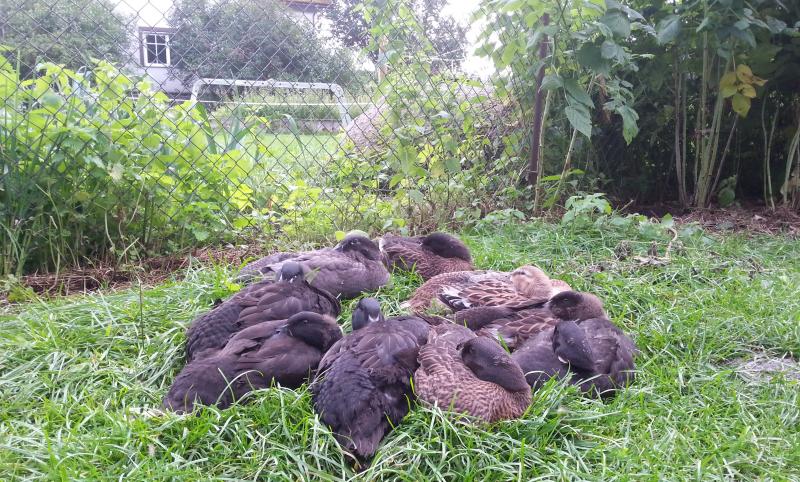 Here are three of the young ducks enjoying the muddy autumn – notice the penciled pattern and the colored wing (not present in their mother). 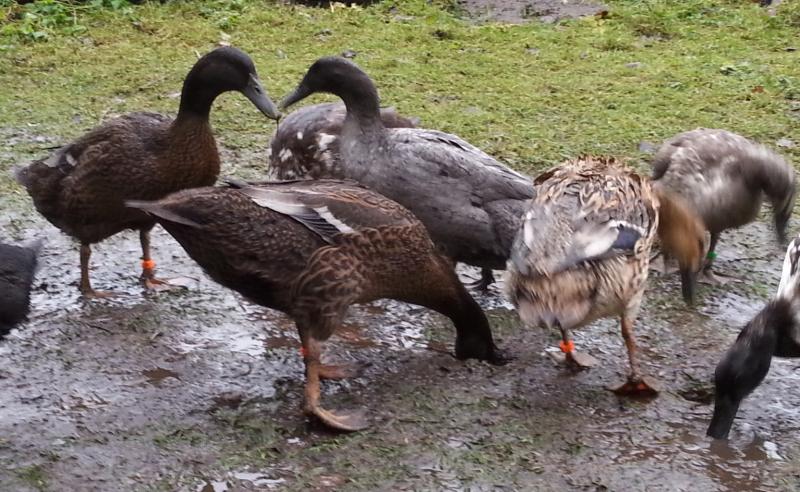 While the plumage has been influenced by the Dark Cambell traits, look at the nice Runner-like posture of these birds! Their posture is even sleeker than that of some well-fed pure Runners such as the gray bird in the picture. 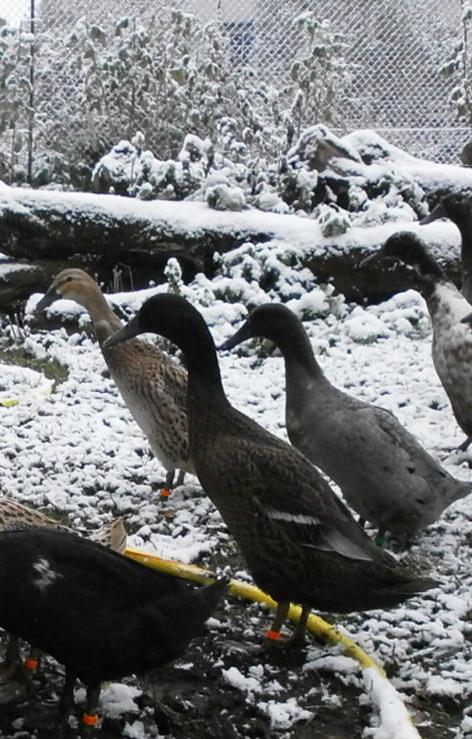 Browsing through color variations of Runners we can see that the light version of the Campbell cross actually resembles the Trout Runner surprisingly much! See this photo for instance …

… and compare it to ours: 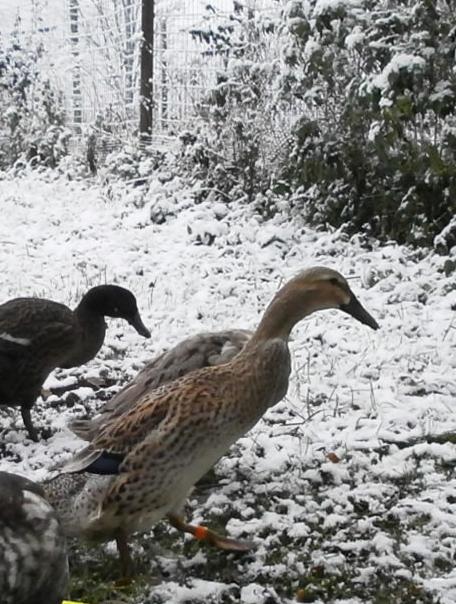 I guess that by combining selected specimens once one has the knowledge of their genetic base, one can “discover” various distinct known plumage types. Is it like reverse engineering in the sense it is used in computer science, or is it more like a brute force attack to find the plain-text source for an MD5 hash?

Here is photo of one of the light-colored wild-patterned ducks as a tiny duckling. She is called Kummik (Rubber Boot) and though she doesn’t really display the wild duckling patterns (or does she?), she looked different from the others and earned a name thanks to this. The way adult plumage can be predicted based on duckling plumage is yet another interesting area to explore. 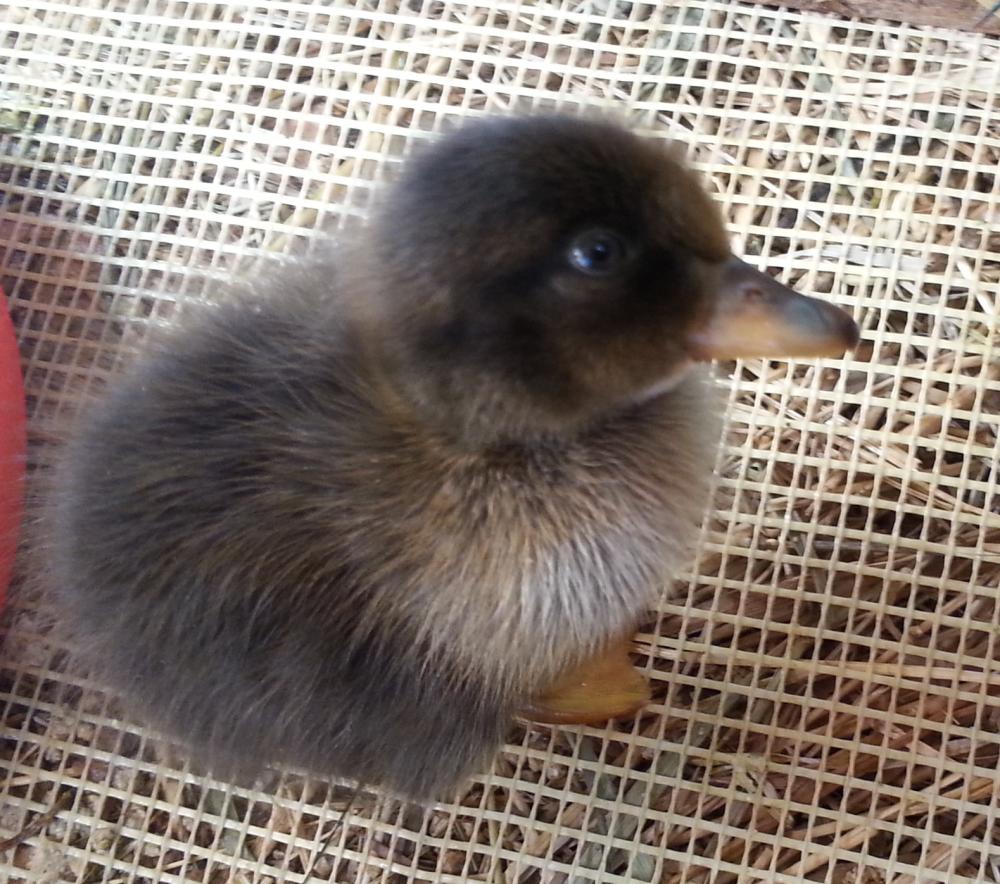 I have just received my copy of the book Colour Breeding in Domestic Ducks from the authors (via Amazon), so let’s begin the journey.

Also, as a software engineer, I am trying to digest, or more like ruminate on DNA seen through the eyes of a coder, a sentence at a time. I am in the very beginning.