NOTE: This post contains photos of ducks killed by a marten. If such photos may be disturbing to you, please don’t read this post!

Today in the morning, after waking up, we happened to look out of the window and noticed that the door of the duckhouse was half open. This has not occured before and in normal circumstances, our ducks are not able to push the door open. We could see that at least some of the ducks were outside. We instantly suspected that someone evil had broken into the duckhouse.

The marten was in the process of killing ducks. Two ducks had been killed – one had been eaten a bit, the other one had been pulled behind our water tank. The marten itself was looking out from behind the water tank too, when we got there to investigate the situation.

One of the killed ducks was a beautiful young female black one from this year’s third hatch. The other was an older female one that we had been planning to cull this autumn, anyway. Both are seen in the pictures: the first one only has its neck bitten while the other one has been eaten from its leg and lower body. Notice that it is quite hard to see biting marks on the neck of a black duck. 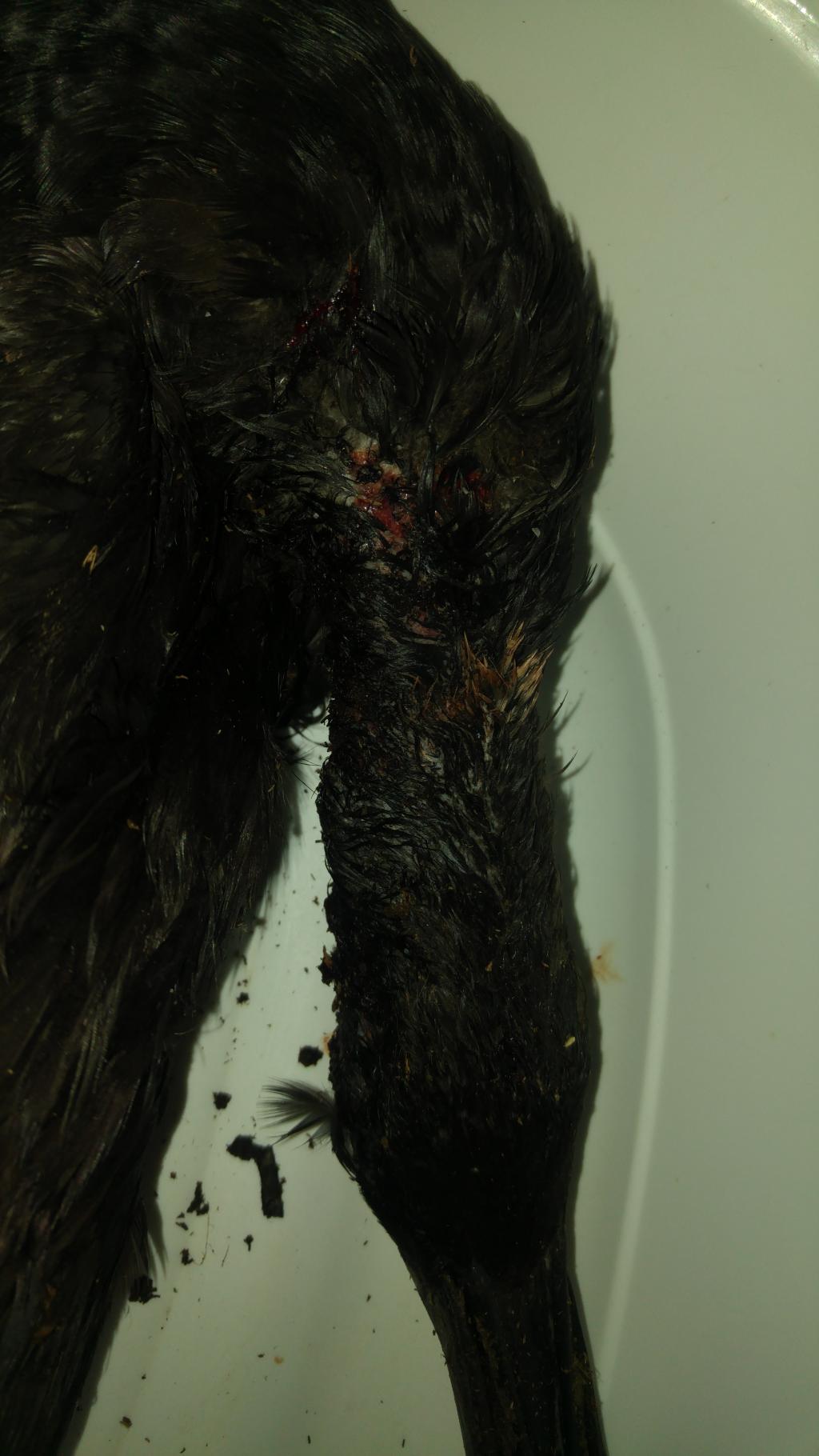 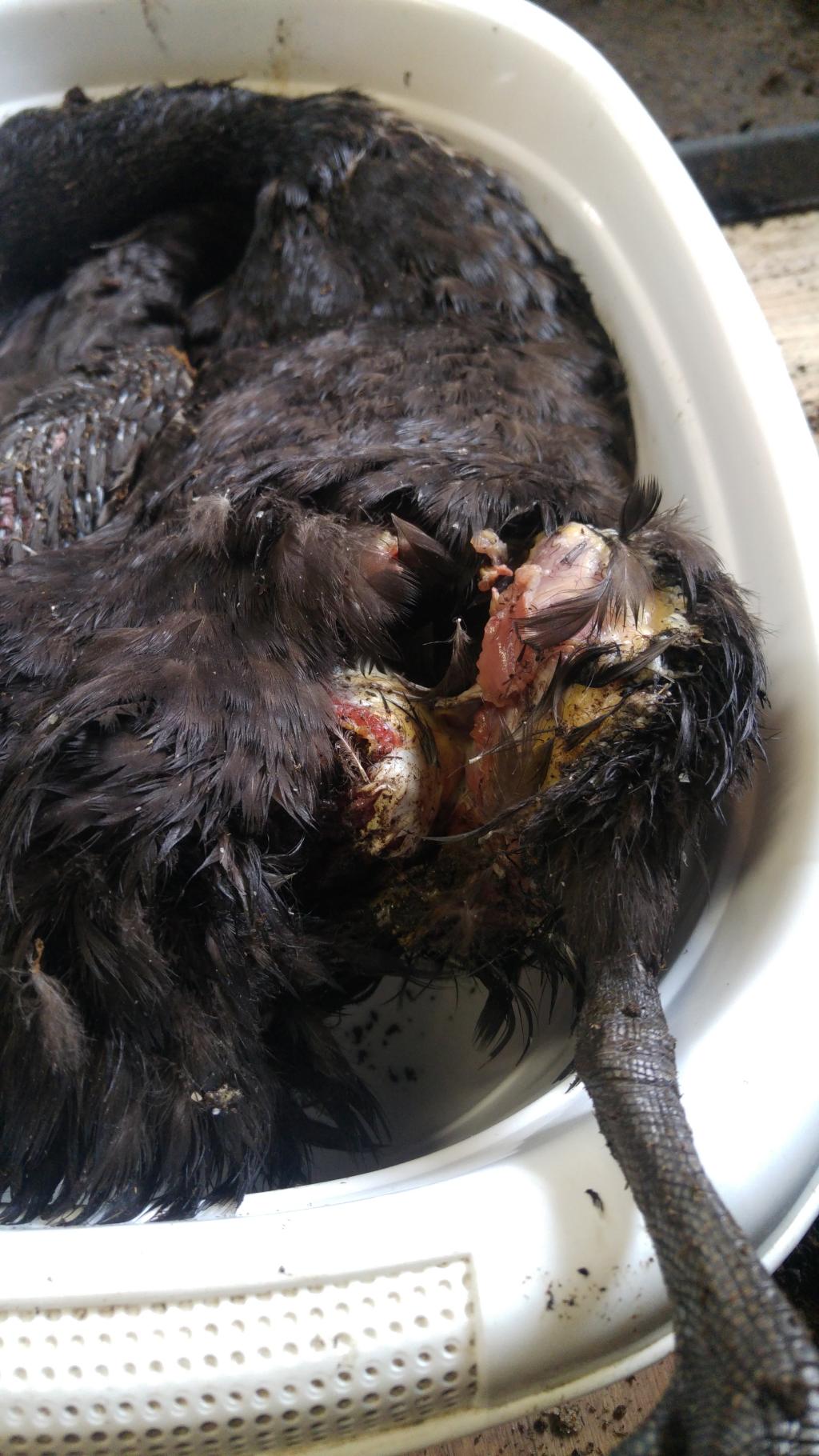 At first sight, the situation of the ducks that were outside, was fine. However, at closer examination it turned out that one was limping her foot and three ones had blood marks on their necks. Because some of the ducks are black, we might simply not see blood marks on their necks. By the way, literature has it that prey animals and birds have a tendency to hide their illness – a necessary trait of behaviour in order not to appear weak. So we will see in a couple of weeks whether the survived ones are actually OK.

The killed birds were warm and soft, so probably the marten had killed them within the last hour or so, around 7 to 8 o’clock in the morning.

We guess the marten approached the ducks via the ventilation shaft in the ceiling. Our duckhouse has an attic (the house was built by the previous owners) and a rectangular shaft of about 10 to 10 centimeters has been built between the attic and the ground floor. Also, we found excrements of the marten from the attic and these support our hypothesis. Perhaps the marten had been staying in the duckhouse for some time already and eaten mice, for instance. Because we had no prior bad experiences, we kept the ventilation shaft open during the summer season. During the winters we had an old rag of a bed sheet stuffed there for insulation. 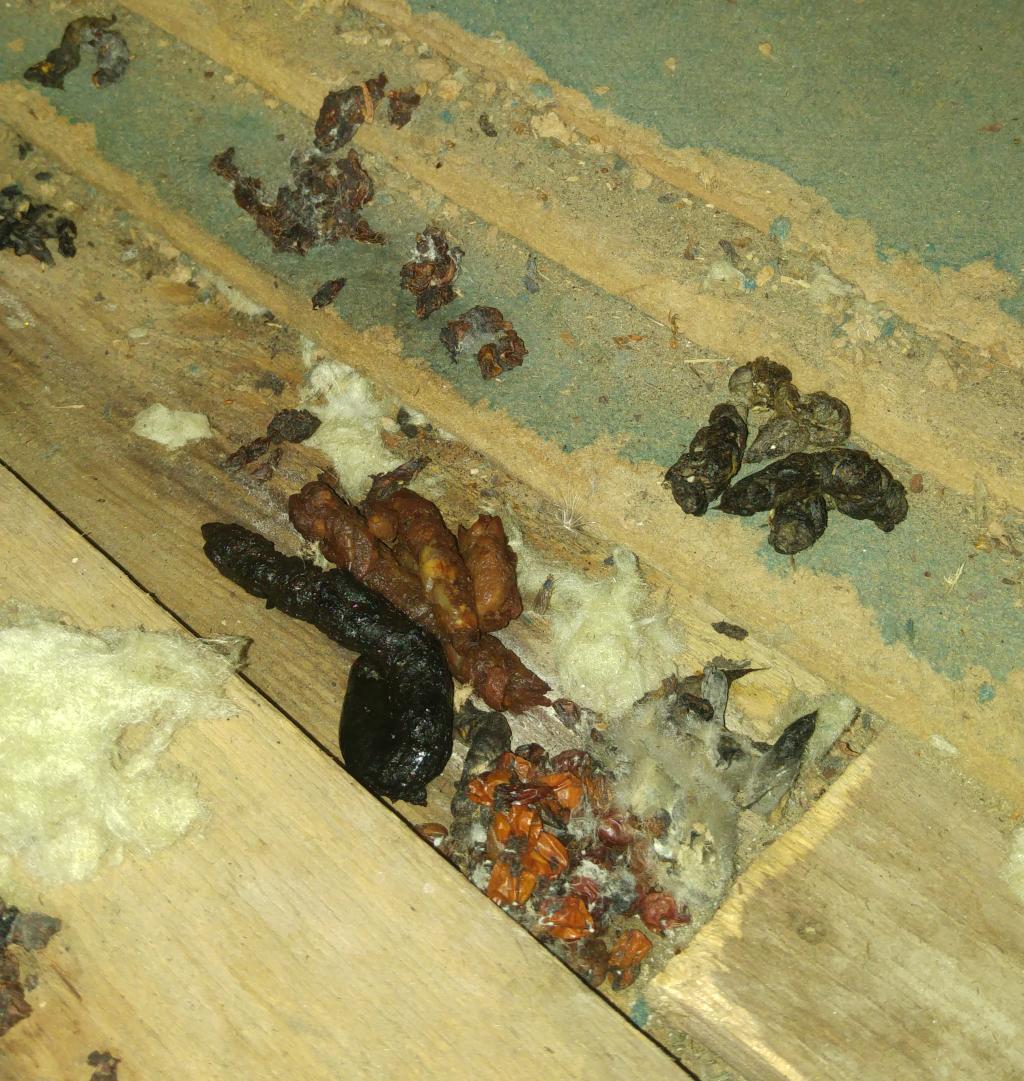 We installed a grid of wire to the top part of the ventilation shaft now, so that air would pass through but all kinds of larger creatures would not: 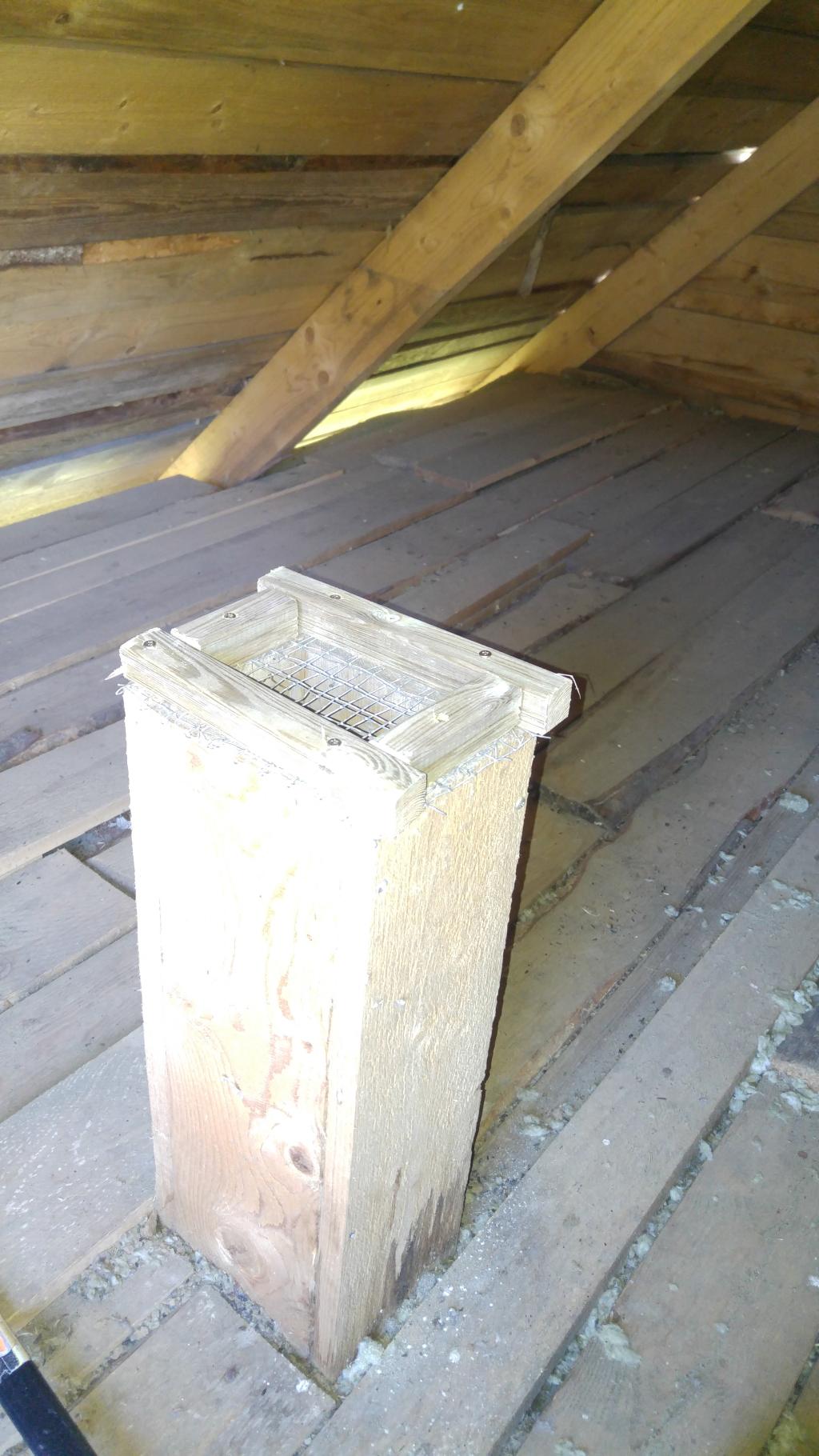 How did the door of the duckhouse get open, anyway? We could see signs of chewing on the lower corner of the door. In fact, the marten has chewed off the corner. Also, it dug a hole in a corner of the room, in the bedding. Perhaps it was trying to escape with its large prey. Because the door is kept closed only by a bent nail, the marten could push the door as it chewed at it so that the nail turned away. The ducks that survived were lucky – they could escape through the door – and we noticed the situation thanks to the open door, as well. We read that the marten has a habit of enjoying killing so that it might have killed a lot of more of our ducks otherwise.

We managed to kill the marten, so the exact same guy cannot attack our ducks again. This is very important – it is said that the marten comes back again and again if it knows where an easy prey can be found. In such cases it is recommended to find another house for the birds. We would have no other house for our ducks.

In conclusion we have to be glad that thanks to the open door, we discovered the marten soon enough and that most of the ducks survived. The survivors will have to re-establish their trust towards their home now – tonight, after having gone in to have their feed, the birds were extremely nervous and kept avoiding the corners of the room, quacking incessantly.