One nice thing about butchering our sheep for meat ourselves is that we can experiment with eating all kinds of body parts that we are not used to eating. Neither of us had eaten the testicles of a lamb (or any other animal) before.

Some time ago, we saw this article about Rocky Mountain Oysters in Wikipedia. It describes an appetizer dish made of peeled, seasoned, coated and fried testicles of bull, pig or sheep.

We are lazy and we made it simpler for ourselves. Or at least we planned so.

This is what the cleaned and peeled testicles of Tõnn (a 3.5-month-old ram lamb) looked like (matchbox for scale): 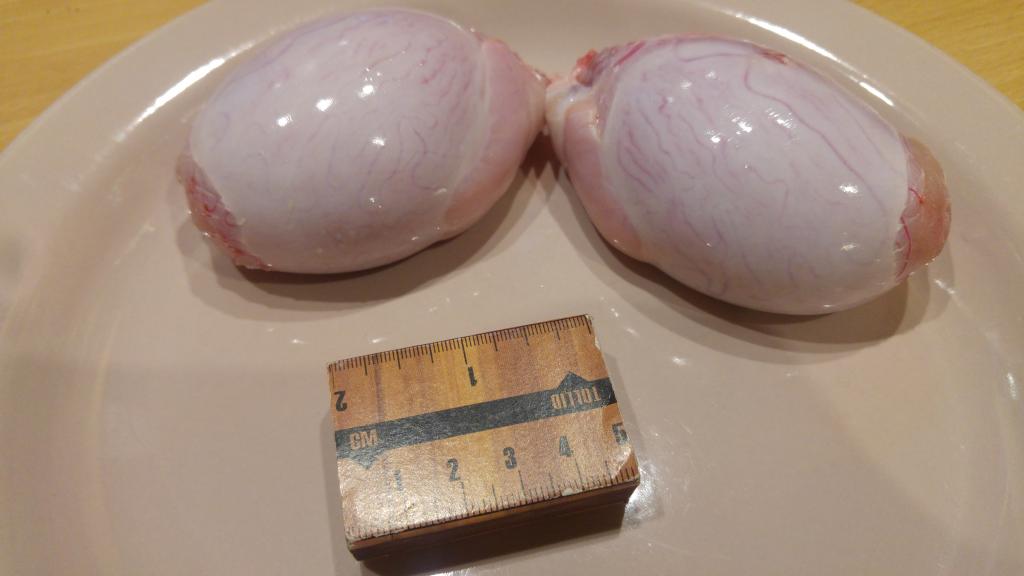 Next we seasoned them with salt and pepper: 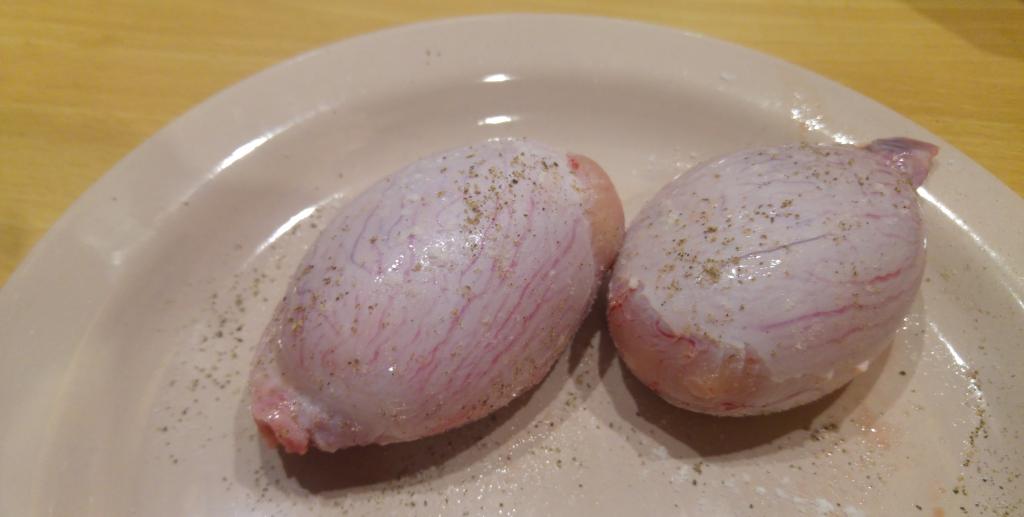 Then we grilled them in full until the outer layer turned crisp. We sprinkled some lemon juice on them. 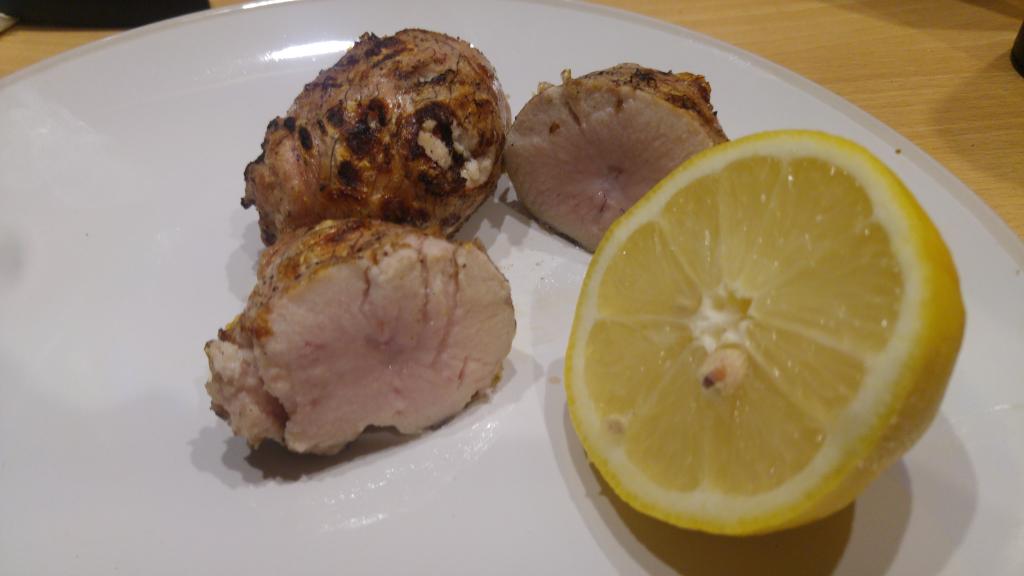 The testicles remained half raw inside and for us there was too much of this soft mass that we are not used to, compared to the amount of seasoned crust. So we decided to cut the testicles into slices and fry them in oil. In the picture there are the slices before frying. 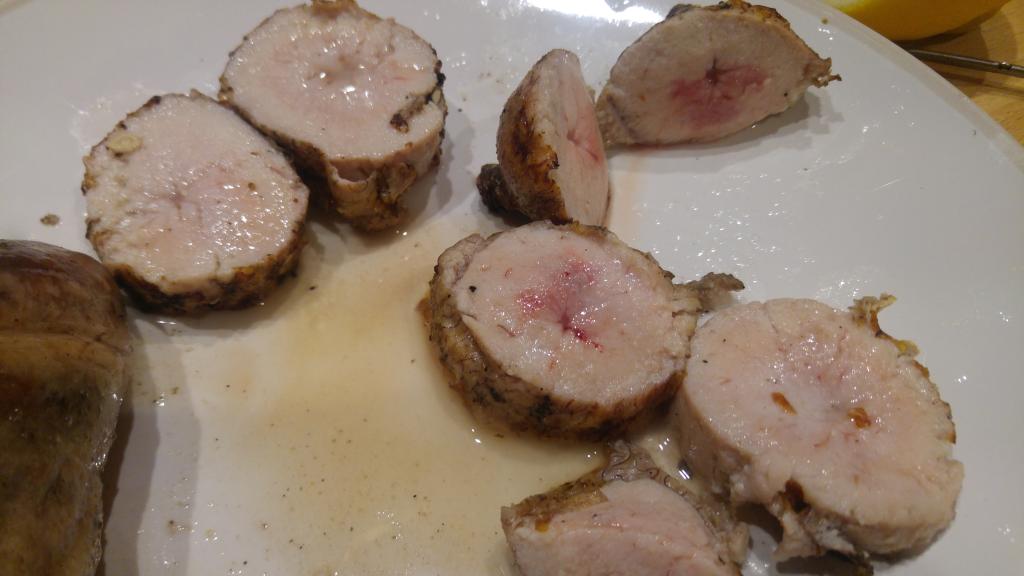 Unfortunately we forgot to take a picture of the result. However, when sliced and fried, the testicles were quite a nice delicacy. They had the slight taste of seafood and the texture was very soft and airy, and reminded us of scrambled eggs a bit. Because the slices had more crust in proportion, there was this perfect ratio of crusty outside layer and the soft inside. If you are interested in experimenting, be sure to try that out!

By the way, in Tallinn, one can buy testicles of ram lambs at the booth of Estonian Meat House in the market at Balti Jaam. They seemed to have quite a large variety of other lamb cuts, too.